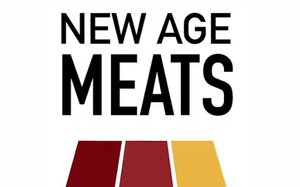 As plant-based meat substitutes continue to flood the market in response to consumer interest in health and sustainability, companies are also making considerable investments in cellular agriculture. This involves creating meat from animal cells in a laboratory so fewer chickens, cows and hogs are needed to fuel the food chain.

While plant-based beef providers like Beyond Meat and Impossible foods tend to dominate headlines, quietly toiling away in the background on cellular agriculture or animal gene editing are companies like Memphis Meats, New Age Meats, SuperMeat, Aleph Farms and Future Meat Technologies, as research firm CB Insights notes in a new report titled “Our Meatless Future: How The $90B Global Meat Market Gets Disrupted.”

This activity hasn’t escaped the attention of such traditional meat mainstays as Tyson Foods, whose venture capital unit Tyson Ventures has taken stakes in both Memphis Meats — along with notable investors Bill Gates and Richard Branson — and Future Meat Technologies.

While most people are familiar and comfortable with the term “plant-based” meat substitutes, how does one best market cell-based meat creations to the public? That’s been a subject of much research conducted over the past year by The Good Food Institute in conjunction with food development specialty firm Mattson and Memphis Meats.

“The production of meat via cellular agriculture is a novel technology not yet widely known in the public sphere,” the researchers noted in a report released last month while citing an “information deficit.”

Chief among research goals was to avoid negative impressions by helping to form public opinion early about cell-based technology, while also being transparent. “This increases the likelihood that novel technologies become widely accepted rather than become controversial.”

Among other things, the researchers found the term “clean meat” can suggest that meat isn’t always clean. That definitely wouldn’t fly with companies like Tyson. Ditto for “cell-based” and “lab-grown,” which didn’t poll well with consumers.

As the research progressed, nine names were tested with survey participants, ranging from “cellstock meat” to “nanopastured meat” to “propagated meat.”

Rising to the top in respondent appeal was “cultivated meat.” Even though many respondents did not perceive “a perfect comparison” between plants and animals...in general, the comparison between plant cultivation and meat cultivation successfully anchored the new concept in a familiar idea, making it more understandable for these consumers.”

As Food Dive reported, Memphis Meats has decided to use the term “cell-based meat” because it is “factual, inclusive and neutral,” as Eric Schulze, the company’s vice president of product and regulation, put it.