From 007's Ride To Custom Doghouse, Neiman Marcus Has It All 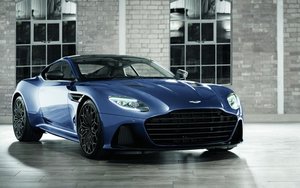 This year’s fantasy gifts include an Aston Martin designed by the latest James Bond, actor Daniel Craig (priced at $700,007, naturally.) There’s a $400,000 chance to star in a Makeup by Mario Instagram video, and a $200,000 culinary excursion to Italy.

The Dallas-based retailer introduced the holiday gifts at an event in New York and is promoting them with a series of videos starring actress Rachel Brosnahan (“The Marvelous Mrs. Maisel”) on social-media channels.

Besides offering plenty of slightly more-practical gifts, like the $35,000 Moët & Chandon vending machine and the $1,550 Versace Punching Bag, Neiman Marcus is also using the occasion to enhance its InCircle loyalty program. Every Fantasy Gift purchase vaults the buyer into the first-ranked President’s Circle, subject to credit approval.

And for the first time, it's offering a gift only available to InCircle members: a $575,000 trip around the world with stops that include Morocco, Sweden and Italy.

It’s also continuing its charitable approach, with many of the gifts including a sizable donation to its charitable foundation, which impacted 2.5 million kids last year. It will donate 12% of the purchase price for the Aston Martin, for instance. (By the way, lest you think $700,007 is too pricey, the car also comes with an all-platinum Omega watch and tickets to the world premiere of the latest Bond movie, “No Time to Die.”)

Neiman Marcus has been publishing its Christmas Book since 1926.

Well aware of its audience’s obsession with fashion, the company’s Fashion Week insider package provides front-row seats to four prestigious shows and an outfit from each designer, for a total fee of $250,000.

Another fashion experience offers a $110,000 tour of Tokyo with sneaker designer Jeff Staple, which comes with eight Staple collaborations.

And for Insta-wannabes, there’s the $400,000 hour in makeup artist Mario Dedivanovic’s chair, with the makeover featured on his Instagram channel.

Rather splurge on your dog? One lucky buyer can get a  custom-designed doghouse by Rockstar Puppy and actress Denise Richards, for $70,000.

The debt-heavy Neiman Marcus is likely hoping that Santa has something up his sleeve for its balance sheet. In the retailer’s most recent quarterly results, it reported total revenues of $1.1 billion, with a decline in comparable sales of 1.5%. It posted a net loss of $31.2 million, compared with a loss of $19.9 million in the year-ago period.

The company, which is privately held, said it would stop reporting its results, and since then, has introduced a flurry of changes, including hiring Lana Todorovich to president and chief merchandising officer, from Ralph Lauren, and the departure of Adam Orvos, chief financial officer.