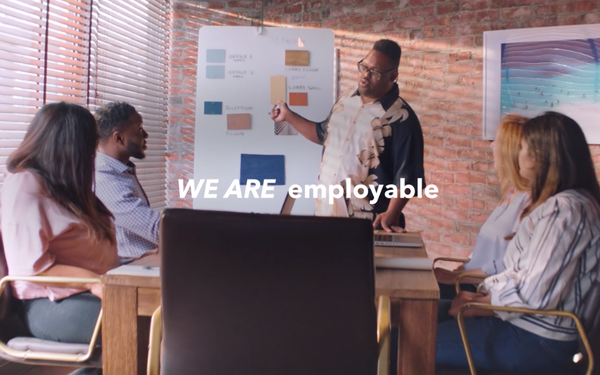 Wunderman Thompson New York is leveraging its talents to help redefine the mentally challenged community as "neurodiverse" as a way to encourage more employment opportunities.

Neurodiversity was popularized in the late 1990s by Australian sociologist Judy Singer and American journalist Harvey Blume, but this push by an advertising agency may help turn the term into the default descriptor.

The WPP-owned agency is partnering with Autism Speaks, Best Buddies, and Special Olympics for the "Delivering Jobs" campaign to spotlight how a workforce benefits from a diversity across all touchpoints. The creative underscores this point by highlighting perceived inabilities and clear capabilities.

See some of the work here.

“Neurodiverse people possess skills and talents some neurotypical people could only dream of, and workforces are missing out big time by not hiring them," says Joe Crump, CEO Wunderman Thompson New York. "It takes such little effort to be inclusive. Hopefully, this will start to change that."

Wunderman Thompson New York co-created the campaign with the Neurodiverse community,  from strategy and research to creative development and execution, making it an end-to-end inclusive process.