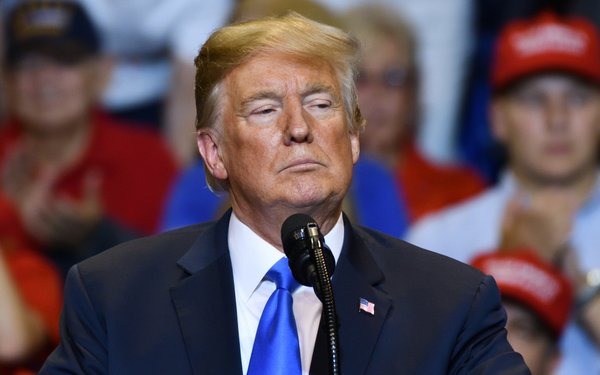 The re-election campaign of President Donald Trump has been hit with a lawsuit for allegedly sending people unwanted robotexts.

They say the messages violate the federal Telephone Consumer Protection Act, which outlaws the use of autodialers to text consumers who haven't explicitly agreed to receive the messages.

Pederson allegedly received a text on Oct. 16 urging him to contact an elected official over investigations on Capitol Hill.

The complaint seeks monetary damages and an injunction ordering the campaign to comply with the robo-texting law.

Trump's 2016 presidential campaign was also sued for allegedly violating the text-spam law. That matter appears to have been settled for $200,000 in 2017, according to Politico.