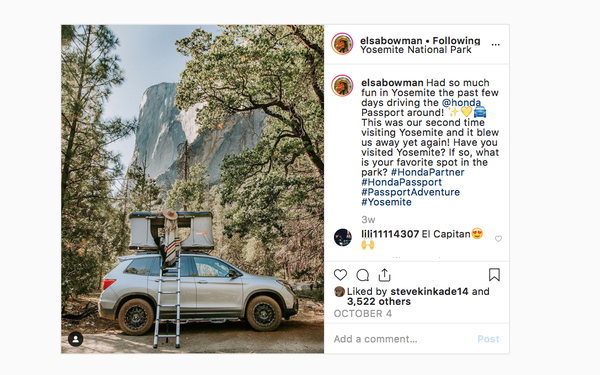 Social media is changing, so much so that the average brand spends 25% of its digital marketing budget on influencer content, according to influence.co.

The Association of National Advertisers announced today it will launch a national conference to address the growing and sometimes controversial discipline of influencer marketing.

But how do people really feel about influencers? To find out, Influence.co surveyed more than 1,000 people in a new study.

Some key findings:  61% of respondents, including 56% of millennials, agreed influencers should be required to personally research products they promote.

Beyond revealing when their content has been paid for or sponsored, there are very few additional regulations regarding content shared by influencers. Instead, 82% of users say they want to know if influencers have actually used the products they recommend, while 72% of users believed influencers should be required to share their honest opinions about products or brands.

CEO and co-founder of Influence.co Niel Robertson said in future he expects the automotive industry to “partner deeply” with influencers who can integrate a car’s brand story with relevance to their audience.

"Influencers tell the story of their lives,” Robertson tells DriveTime. “For most of us, the car is an integral part of how we enable the best moments in our lives. Whether it’s how we vacation, how we meet friends, how we get to work, or find new experiences, the car is centerpiece. This is why the automotive industry has such synergy with influencers whose job is to tell the story of their lives in every detail.”

In a recent example, Honda brought a group of 10 influencers to Yosemite National Park earlier this month to drive the new Honda Passport and post about it on their social media accounts. Honda is still compiling metrics from the event, but a spokesperson said the automaker is “very pleased” with the postings thus far, which are tagged #HondaPartner #HondaPassport and #PassporttoAdventure.

What’s not to love about putting a vehicle in one of the country’s most beautiful national parks and then letting millennials reach their peers with organic content?

One of the influencers, Joe Gall, a photographer, has more than 95,000 followers on his Instagram account, where he is known as “Camera Jesus.”

Another influencer, Stacey Kilpatrick, focuses her Instagram account on climbing. She has more than 33,000 followers, and her multi-photo and video post about the Yosemite trip has been viewed by 3,323 followers and has more than 1,268 “likes.”

That's a decent amount of reach for presumably not a huge portion of the budget.