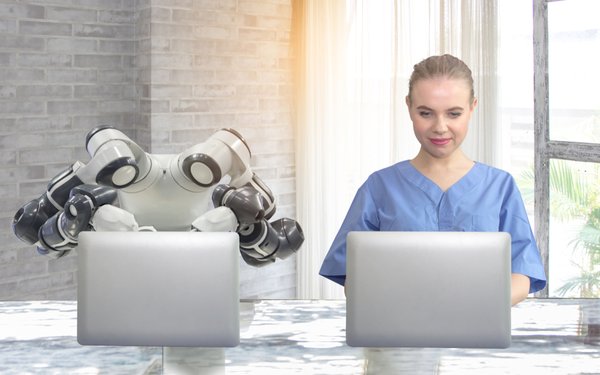 Artificial intelligence has evolved over a long number of years but now it appears to be getting into high gear.

Many consumers already are users or at least familiar with voice assistant like Amazon Alexa and Google Assistant.

Eventually humans will take on new AI-related responsibilities, such as checking in on their digital assistants to insure they are performing optimally, according to a new report by KPMB Advisory that paints an interesting picture of AI in the workplace over the next 10 years.

In the next two years, improved software systems for intelligent systems are expected to aid in customer service and fraud protection, offices will be outfitted with voice assistants that can to real-time note taking and voice assistants will be able to differentiate between voices and assign responsibilities accordingly, according to KPMG.

By 2027, humans will increasingly rely on AI to perform their jobs at the highest caliber and work and home life will become more integrated and connected through AI.

By 2030, virtual and mixed reality will be used to test environments and experiences, holograms will create new ways of interacting with coworkers in remote locations and implants and haptic suits will enable people to hear and feel things in entirely new ways, according to the report.

The report concludes that human control over AI will remain an imperative to maintain the power to disconnect from technology at any given time.