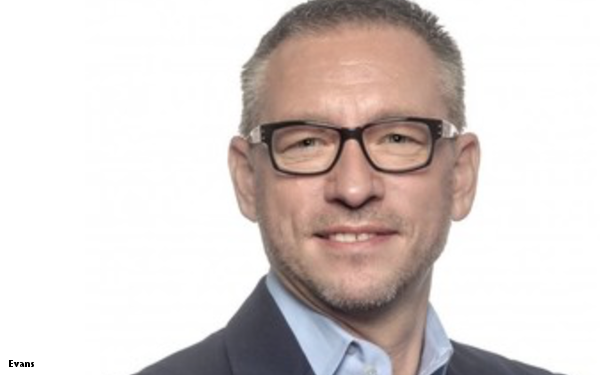 Dean Evans, who left the CMO position at Hyundai Oct. 18 “to pursue other career opportunities," has taken on a newly created position at Cars.com, the car shopping website.

Evans, 51, becomes executive vice president and is charged with creating new marketing tools. He will report directly to Cars.com CEO Alex Vetter. Evans is relocating from California to Chicago, he tells Marketing Daily.

Cars.com is a digital marketplace that connects car shoppers with sellers. Launched in 1998 and headquartered in Chicago, the company offers shoppers data, resources and digital tools to make informed buying decisions.

“Evans will help develop and bring cutting edge marketing solutions to dealers and automakers to increase sales through integrated and innovative strategies,” according to a release from Cars.com.

"The company is sitting on an amazing foundation of first-party data and technology solutions, which, combined with the media platform of Cars.com, will enable powerful growth and profitability for the industry," Evans says in a release.

Before Hyundai, Evans spent four years as Subaru of America’s CMO before leaving in 2014 to become CEO of a software company, LotLinx.  Previous to Subaru, Evans was CMO of Dealer.com, and vice president of marketing of Dealix.com. He began his career as a Pontiac sales consultant in Boulder, Colorado and spent time as a general manager at a metro Chrysler dealership, as well as at Land Rover.

Evans was selected last year as one of the World's Most Influential CMOs by Forbes. Evans ranked No. 8, the highest-ranking CMO from a global automaker in the 2018 report. Evans has made multiple appearances on the list, improving upon 2017's No. 29 ranking.

In 2018, Evans and his team launched Hyundai’s Shopper Assurance program nationwide, aiming to be transparent and provide a worry-free shopping and buying experience.