Some Older Smart TVs, Rokus Will Lose Access To Netflix 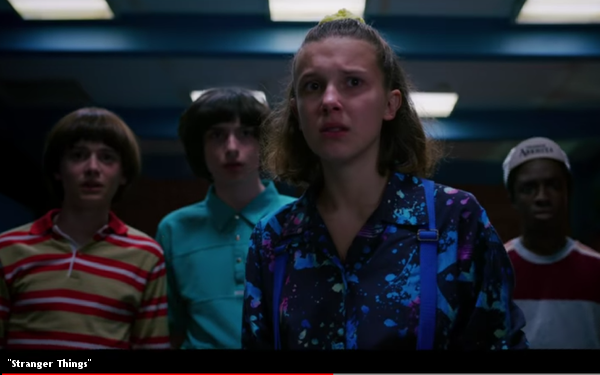 And that’s true for some Roku owners, too.

The Samsung message, posted on Tuesday, reads, “Due to technical limitations, Netflix will no longer be supported on 2010 and 2011 TVs beginning on December 1st, 2019. If you have one of the affected models, you may see a message on your TV indicating that Netflix will no longer be available on this device. You'll still be able to watch Netflix on your TV by connecting another device with Netflix on it.”

But there aren’t many of those vintage sets out there. Just 62 million smart sets shipped in 2010, and 86 million in 2011. That’s not nothing, except compared to what happened later. From 2016 onward, more than 200 million smart TVs were shipped worldwide every year, according to Statista figures.

Like the Samsung sets, only older Vizio and Roku streaming units sold before 2011 are affected.

Samsung is instructing its customers to go to netflix.com/compatible devices to find a list of products that accommodate Netflix..

Otherwise, the solution is simple enough. Owners of the older sets can buy a new streaming box from Amazon, Apple or Roku or others to reconnect with Netflix. Owners of affected units can also buy an updated model.

Fixing the problem could cost consumers $50 or less (or a lot more, depending on the streaming device they choose.)

But this change comes at a time streaming players like Apple TV have begun their assault on Netflix, with others, like AT&T’s HBO Max, NBC Universal’s Peacock, and Disney+ all poised to jump into the market.

Some consumers, faced with purchasing a new streaming device just for Netflix, may decide to go without.  After all,  there’s already a lot of content coming down the pike.

A new Nielsen report hints at the effects of what’s been called “the paradox of choice” in an even more splintered world.

Nielsen says that adults 18-34 take, on average, 9.4 minutes to sort through their viewing options every time they stream, a full minute more than adults 35-49.   And Nielsen says almost 30% of streaming adults 18-49 say they sometimes stop watching altogether if choices get too overwhelming.