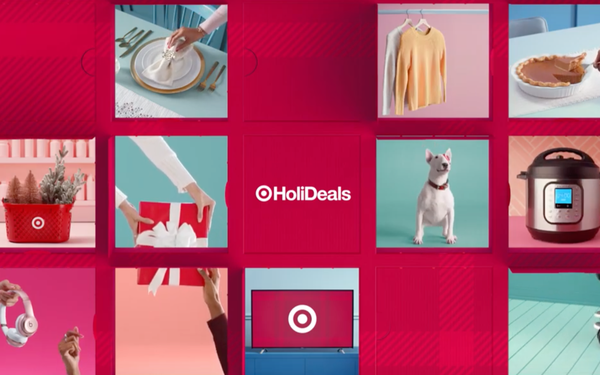 Despite strong predictions for holiday spending levels, retailers are out to do everything they can to win shoppers over this year.

Target is hoping to win with earlier-than-ever Black Friday access. Macy’s is offering hands-on workshops that sound like something straight out of Etsy. And Kohl’s is reinventing its social-media approach, bringing holiday ads to life through a new Snapchat strategy, special offers on Twitter and Pinterest Pincodes for more savings.

Target's HoliDeals will kick off during its Preview Sale. The Minneapolis-based retailer is promising its deepest discounts ever, on products including electronics, home and beauty offerings. Additional discounts are available for members of Target Circle, its recently revamped loyalty program.

Story at Macy’s, the Cincinnati-based retailer's narrative-driven concept store, is introducing “Home for the Holidays” at all 36 locations. Besides 900 gifts from 200 different small businesses, special events include a partnership with Kellogg that lets customers decorate their own Rice Krispies Treats. Workshops include Thanksgiving tablescaping, ornament making and pop-up card-creating seminars to benefit Make-A-Wish, part of Macy’s Believe letter-writing campaign.

And at Kohl’s, headquartered in Menomonee Falls, Wisconsin, the emphasis is on delivering new ways for shoppers to save money using its popular Kohl’s Cash program.

In the week heading into Thanksgiving, it's offering online-only flash deals, a first for the retailer. And as it has in the past, it’s giving people $15 in Kohl’s Cash for every $50 spent.

There’s a Snapchat Lenses at Holiday Pop-Up in New York City, with a lens that replicates the event space in shoppable 3D. Another lens lets users play a football-themed game to fill their cart with gifts and Kohl's Cash.