Many Companies Pay Tribute To Veterans Including Delta, Lowe's, Dunkin' 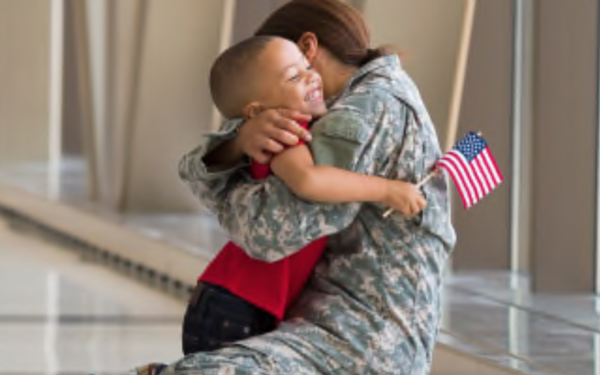 Companies across categories are saluting our nation’s veterans and active military with a variety of offers.

Delta sent out an email to customers offering to match the donation of SkyMiles loyalty customers who donate at least 1,000 miles to charities supporting military families, Luke’s Wings and Hero Miles, up to 10,000 miles.

Kind is introducing a limited-edition Kind Heroes bar, with 100% of the proceeds benefiting the Hope for the Warriors’ Warrior’s Wish Program (HOPE), which fulfills life-changing wishes of severely injured service members. The wrapper features a patriotic design inspired by the military community. The bar will be sold exclusively on www.kindsnacks.com.

Many restaurants and retailers are offering deals on Nov. 11 only, and the U.S. Department of Veteran Affairs has compiled an exhaustive list.

Dunkin’ is giving veterans and active military a free donut and is also introducing a partnership with "A Million Thanks," a nonprofit organization that sends letters of thanks and encouragement directly to service members. Dunkin’ fans can add their own custom message to digital cards on Dunkin’s Instagram page on Veterans Day. Favorite messages will be selected by Dunkin’ and printed and mailed to active military members. Dunkin’ also is donating $10,000 to A Million Thanks.

The fast-casual restaurant also debuted the latest video in its digital series, Dunkin’ Docs, which profiles George Hart, a retired U.S. Army Major and Dunkin’ franchisee on his journey to open a Dunkin’ on every military base in the United States.

Lowe’s created a digital spot honoring one of its employees who is a veteran. The retailer is also reminding customers in its broadcast spots that it gives veterans a discount every day, not only on Veterans Day.

Via a grassroots initiative known as “Seats for Soldiers” with Learfield IMG College Ticket Solutions, 35,000 active duty or veteran military personnel will receive complimentary entry to a college football game this month.

The United Kingdom and Canada observe Nov. 11 as the Remembrance Day to signify the end of World War I (Nov. 11, 1918) and to remember members of the armed forces who died in the line of duty.

In an effort to reach a younger audience on their native turf, the Royal Canadian Legion has launched Remembrance Island, a custom "Fortnite" island featuring recreations of World War I trenches, D-Day beaches and a Canadian military cemetery. The promotion was created by Wunderman Thompson Canada.