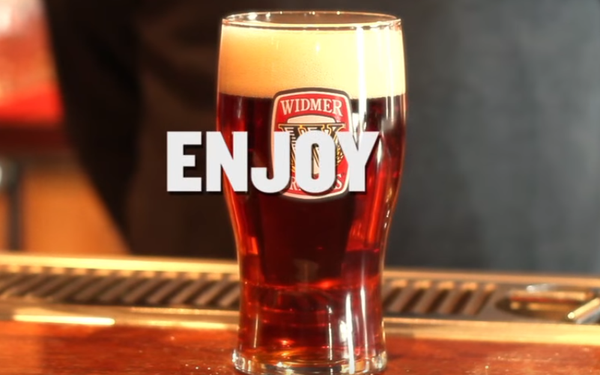 “Craft brewers” used to mean little start-up companies with too many cute names and really complicated descriptions of beer flavors.

As American beer drinkers are turning away from the big brands in those companies’ main portfolio, and away from beer in general, both companies are gobbling up the little competitors that have switched up the business.

On Monday, AB InBev bought the rest of the Craft Brew Alliance, a collection of small breweries in which it had already owned about a 30% stake, for $321 million.

Andy Thomas, Craft Brew’s chief executive, says the deal is meant “to nurture the growth of [Craft Beer's] existing portfolio as we continue investing in innovation to meet the changing needs of today’s beverage consumers.”

Part of those "changing needs" is a move toward all kinds of other alcoholic and nonalcoholic beverages. So, in what seems like a can’t beat ‘em/join em development, at the end of October, Molson Coors dropped “Brewing" from its name. As of January, it is officially, the Miller Coors Beverage Co., allowing it to diversity more easily.

And for big brands, acquiring well-known craft brewers is not always an easy step. Some people really identify with their local craft brewers, so when big beer companies buy little brands, consumers are sometimes unkind.

In Shiner, Texas, about 90 minutes south of Austin, Spoetzl Brewing is nationally famous for its flagship Shiner Bock beer, which began shipping to New York in 2013. Shiner is also well known for its October music festival.

So when AB InBev’s Karbach Brewing Company, acquired in 2016, put up signs in town advertising its new Crawford bock beer (“There’s a New Bock in town” ) certain folks in the town of 2,000 saw red.

Spoetzl took an ad out in the town paper, claiming “A-B does not want you to know that Karbach is produced at the formerly craft Karbach brewery and at its large, low-cost A-B plant in Houston.” The ad said Spoetzl had been “providing jobs and giving back to our community since 1909.”