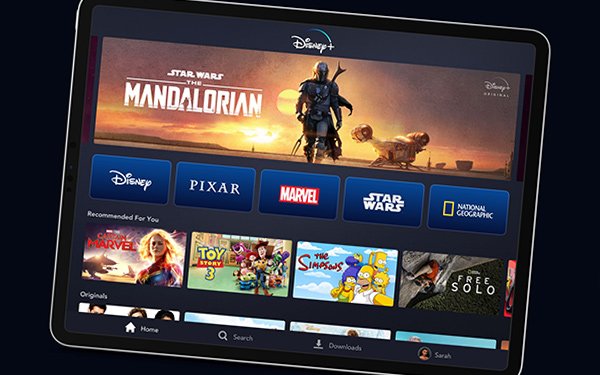 Walt Disney’s launch of Disney+ on Tuesday overdelivered its results: 10 million subscribers since starting the service, according to the company. And investors liked it. Disney’s stock closed up 7.4% to $148.76 on Wednesday.

Disney made big gains because of a big Verizon promotion that gave existing and new Verizon broadband customers a free monthly subscription to Disney for the first year.

Early reports said that Disney+ had massive streaming connection issues -- all due to an unexpected big rush of subscribers to the service.

But consumer satisfaction of Disney+ is still largely positive.

The number of Disney’s mentions was much higher than mentions for Apple TV+ at the launch date of Nov. 1 -- 69,904 Twitter mentions, with 16% deemed positive, 7% negative, and 77% unrated.