Not Kidding Around: Netflix, Nickelodeon Take On Disney+ With Expanded Deal 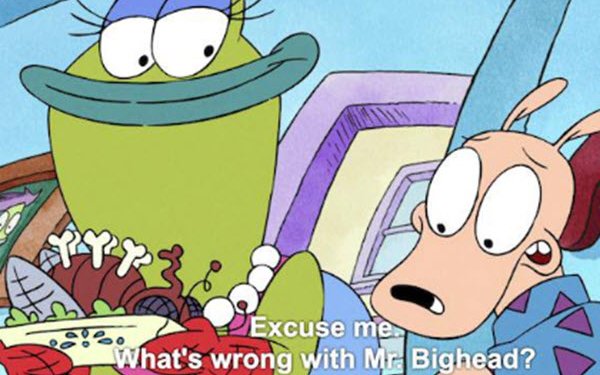 With the Disney+ launch having monopolized the news most of this week, reigning SVOD king Netflix is reminding the world that it’s not about to cede ground without a fight.

On Wednesday, Netflix and Nickelodeon announced a multi-year deal to produce original animated feature films and TV series based both on Nickelodeon’s existing stable of characters and new creations (“all-new IP,” in Netflix lingo).

The deal is an expansion of the companies’ existing relationship. Netflix already offers Nickelodeon animated specials “Rocko’s Modern Life: Static Cling” and “Invader Zim: Enter the Florpus,” and is set to add specials based on “The Loud House” and “Rise of the Teenage Mutant Ninja Turtles.”

“Nickelodeon’s next step forward is to keep expanding beyond linear platforms, and our broader content partnership with Netflix is a key path toward that goal,” confirmed Brian Robbins, president, Nickelodeon, in the deal announcement.

The deal also underscores the importance of kids’ and family programming in the streaming wars.

Netflix has said that 60% of its global subscribers (now 158 million, including 60 million in the U.S.) regularly watch family and kids’ programming. This is why the Nickelodeon relationship is just one part of Netflix’s push to ensure it remains competitive in this segment, particularly as it loses the Disney-owned content that had made up a significant part of its family-oriented offerings to the Disney+ juggernaut.

Disney+, going for $6.99 per month versus Netflix’s $12.99 basic-plan fee, can draw on content that includes “7,500 back episodes of Disney series, 25 original series, Marvel movies, National Geographic specials, 30 seasons of “The Simpsons”, and the entire Disney-Pixar-Lucasfilm library,” as The New York Times recently noted.

Netflix is spending “billions” to build “an arsenal of fresh material, much of it being made by already commercially proven creatives, with a several key executives having decamped from Disney,” the Times pointed out.

Netflix also recently acquired rights to animated versions of NBCUniversal’s “Jurassic Park” and “Fast and Furious” franchises, and to the “Chronicles of Narnia” and “Baby-Sitters Club” books.

A year ago, it bought the rights to 16 Roald Dahl children’s classics, including “Charlie and the Chocolate Factory” —reportedly for a nine-figure sum, not counting total production costs for series and specials that are likely to exceed $500 million, and could reach $1 billion,” per The Hollywood Reporter.