Target Back On Top With Soaring Sales 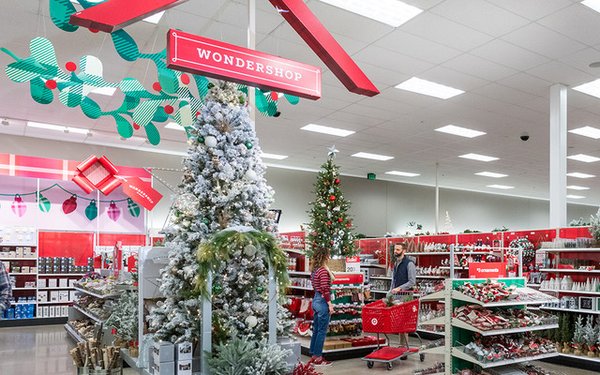 While many retailers are struggling, Target’s stellar third-quarter earnings sent the company’s shares to a record high. The company also raised its forecast, as broad-based gains show its comeback strategy — including plenty of private labels, clever marketing and a sharper focus on food and style – is winning in key demographics.

Last week, Walmart also turned in solid results. But retailers like Kohl’s and JC Penney are limping, casting shadows on hopes for brick-and-mortar sales in the weeks ahead.

“Our third-quarter results are further proof of the durability of our strategy, as we’re seeing industry-leading strength across multiple metrics, from the top line to the bottom line,” says Brian Cornell, chairman and CEO of Target, in its announcement.

The Minneapolis-based retailer says total revenue climbed 4.7% to $18.7 billion, up from $17.8 billion last year, with comparable sales growth coming in at 4.5%. That gain comes after a 5.1% jump in the prior year, producing a comparable-sales improvement of nearly 10% in two years.

And digital gains are impressive, too, with online sales rising 31%, on top of 2018’s 49% leap. Same-day orders, through Order Pick Up, Drive Up and Shipt, accounted for 80% of digital comparable sales growth.

The results, which blew past Wall Street expectations, also highlight Target’s confidence in its performance this holiday season.

In addition to the strong showings from many of its exclusive and private-label brands, the company was especially effusive about the impact of Good & Gather, its new food line, launched this quarter.

In a conference call webcast for investors, Cornell praised response to the first 650 items introduced, adding that he expects it to be the retailer’s “largest owned brand, once we roll out the full 2,000-item assortment by the end of next year,” according to Seeking Alpha.

In a Q&A session, he confirms that a focused marketing initiative to support the brand is on its way.

Walmart, which continues to dominate the grocery world, is also sharpening its food focus. The Bentonville, Arkansas-based retailer just announced an extensive redesign of its fresh food departments, with angled fixtures aimed at creating an “open market” feel.