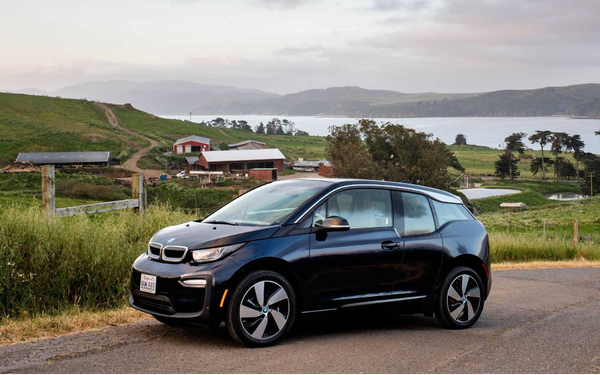 The companies announced the project, which BMW claimed was the first of its kind in the auto industry, at Automobility LA, the Los Angeles auto show.

The Low Carbon Fuel Standards (LCFS) Program allows dairy farms to earn money for generating electricity that can be used to power EVs by installing methane biodigesters, which capture methane (a greenhouse gas) from cows’ manure and transform it into electrical power,

BMW values creative technologies and partnerships that can contribute to reducing greenhouse gas emissions, says Uwe Dreher, vice president of marketing at BMW of North America. It’s an example of BMW being a “brand with a purpose,” Dreher tells Marketing Daily.

“It’s really in our DNA,” he says. “It’s not just a promise, it’s something that BMW as a company and as a brand really believes in. Because that’s not something you can do with lip service, just talking about sustainability and not really living up to it. You shouldn’t overpromise and underdeliver.”

The upcoming campaign for the 2020 BMW 2 Series Gran Coupe -- the first-ever four door in the BMW 2 Series lineup -- will be purpose-driven, he adds.

The campaign makes "a point that you have choices in life: You can do it things in a certain way or you can do it in your way," Dreher says. "That is the first step in purpose communication, to tell people that it’s  the way you are -- just be yourself and live your life.”

Under the LCFS program, a dairy farm can earn five to 10 times more revenue for selling their renewable energy credits compared to a standard power purchase agreement with a utility buyer. This increased revenue makes it more likely that small-scale organic dairy farmers will invest in a biodigester.

“When BMW set out to make electric vehicles, we intended to make sustainability a core design element that extended beyond the vehicle itself,” said Adam Langton, BMW energy manger, at the auto show. “Now, we’re making the electricity that goes into our vehicles as clean as possible while helping support the state’s farming and food system.”