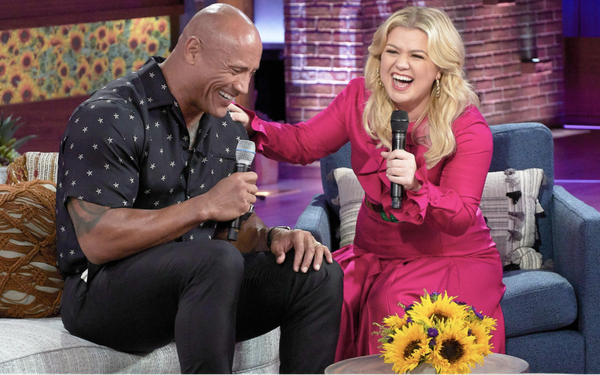 Syndication TV needs to do the obvious: Sing for its dinner.

In the early 1990s, syndicated TV was the new hot thing -- media agencies even gave TV media buyers titles with the words “new media” in them. That would also include still-nascent and limited original ad-supported cable TV shows.

Many seasons have been littered with abandoned one-, two-, or three-year first-run shows -- especially in one area that has long fascinated viewers and TV advertisers: daytime talk shows.

This year, popular singer-entertainer Kelly Clarkson -- who is somewhat of a long shot -- made a big impression. Though not on the scale of Oprah Winfrey, Clarkson -- the first winner of the first season of "American Idol” -- has found a home on daytime TV.

Musical-minded guests have tried this before -- including the recent “Harry,” with Harry Connick, Jr., which only lasted two seasons.

But right behind them is “Kelly Clarkson” (1.9 million), which considering the current overall fractionalization of media, is pretty good. In addition, Clarkson is higher than veteran talkers, such as Maury Povich, Wendy Williams, Rachael Ray, Steve Wilkos and Dr. Oz.

Her show brings lots of music -- right at the top of her daily proceedings -- with Clarkson singing popular songs by other artists.

This kind of music consistency wasn't always the case for singer Harry Connick, Jr. -- although a white grand piano always had a spot on the set. Well, to be fair, these are talk shows.

What changes now? Clarkson has a big-brand, wide appeal, coming originally from “American Idol,” which ruled as the biggest-rated TV show for most of the previous decade or so. More recently, she has done well as a solo recording/performing artist.

Now, she is a main judge/coach on NBC’s “The Voice,” another high-rated TV prime-time singing competition show that has more or less replaced “Idol” as the leading show of its type. (NBCUniversal is distributing her syndication show.)

You might point to Clarkson’s easy demeanor -- accessible, friendly, if not bubbly. (Mike Douglas would also sing occasionally, no?) All that helps with weekday afternoon viewers looking for a quick, not-too-serious getaway from their daily chores, jobs and errands.

Or you can point to DeGeneres, who is also successful in daytime -- a veteran entertainer/comedian, who can offer a guilty afternoon pleasure of silly fun.

What are the common elements for success? Sing, joke or dance a bit for syndicated TV.