Uniqlo's New Cause Campaign Aims To Warm Up Refugees 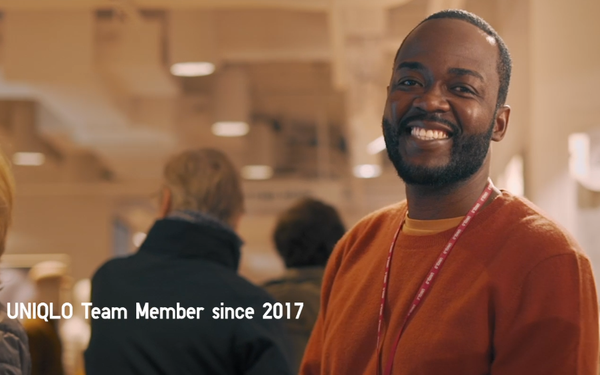 To make sure refugees in America get a friendly greeting rather than a cold shoulder, Uniqlo teamed up with the International Rescue Committee for a new cause-related holiday effort in its U.S. stores.

Developed by Public, a social impact agency based in Toronto, the campaign underscores the team members' challenges -- one arrives with just $70, another left many family members behind and struggles with English -- and  highlights the tenacity it takes to rebuild a life in a new country.

People can make donations online or in stores, with Uniqlo matching up to $50,000 in donations, aimed at supporting IRC’s efforts to help newcomers settle in.

Uniqlo has supported refugees here since 2006, when it opened its first U.S. store. It says this year’s holiday effort is in light of the many who need aid, with all donations aimed at helping with immigration and citizenship services, economic empowerment as well as mental health resources.

“As a brand that is made for all, we look forward to introducing our customers to the IRC’s good work this holiday season,” says Hiroshi Taki, CEO of Uniqlo U.S.A.

Refugee causes have gained in popularity since 2016, especially following efforts from President Trump to restrict travel to the U.S. Other IRC sponsors include brands like American Express, Johnson & Johnson, Chipotle and Procter & Gamble.

Uniqlo is owned by Fast Retailing, the largest specialty apparel company in Japan. It reported record revenues in its most recent results. It expects to report its first profit in the U.S., where it now has more than 50 stores, in the year ahead.