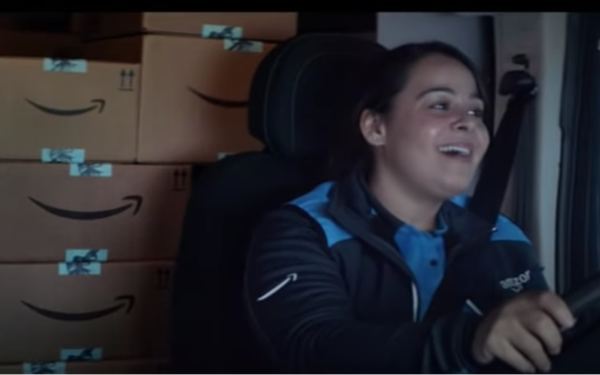 Amazon, whose reputation toggles between “favorite shopping site” and “nastiest corporate villain,” wants people to know it’s got the holiday spirit, too.

In a surprise move, the Seattle-based company says it is giving hundreds of local and national charities items from their AmazonSmile Charity Lists. Calling it the first donation effort of its kind, the company says it will support causes ranging from STEM education to homelessness, hunger and disaster relief.

It’s also donating more than $1 million in monetary and in-kind donations for the holidays. Much of that is aimed at groups that help the homeless community, saying that cash offers organizations flexibility to fills gaps in shelter, medicine, food and supplies.

It’s also giving away 10,000 “Boxes of Smiles” gift packages, which contain toys, electronics, personal care products and books, many to those who live in shelters.

The company started AmazonSmile back in 2013, and since then it has donated more than $155 million to hundreds of thousands of charitable organizations.

The announcement comes at a time when the company is generating more than its usual share of hard feelings.

While Amazon has long scored at or near the top of brand reputation measures and is currently ranked No. 2 in the Axios Harris Poll 100, critics are getting louder and more visible, too.

Just this week, news came that it was leasing space for 1,500 workers in New York City -- without the billions in tax breaks  it tried to extract from the government earlier this year. And Fair Tax Mark named it the worst offender at avoiding paying taxes. In 2018, it made an $11.2 billion profit but paid no federal tax, its second year in a row of no taxes.

But it’s not just getting criticism from the left, including critics like Sen. Bernie Sanders, a presidential candidate who continually cites Amazon for its low wages and poor working conditions. The company also believes it’s being punished from the right, missing out on a lucrative $10 billion government deal. In a complaint, the company alleges the contract went to Microsoft because of President Donald J. Trump’s “personal vendetta.”