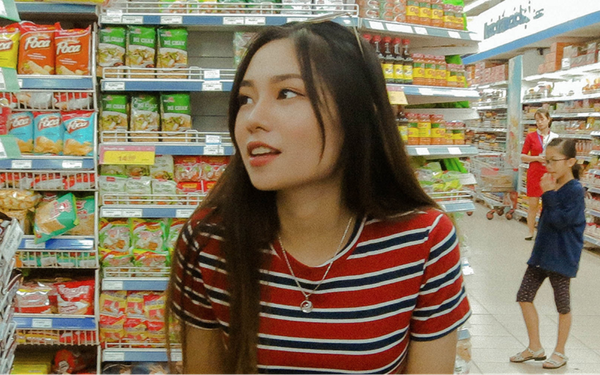 According to a deep data dive by Nielsen, there’s no single definition among consumers for what constitutes “healthy food.” An analysis of the numbers reveals a gap between intentions to eat better and what people actually do, along with how different generations view healthy eating.

A look at the big picture suggests that healthy eating is all the rage — but, if viewed as a trend, may have run its course.

For example, for the 52 weeks ended Oct. 26, versus a year ago, retail sales of fresh foods grew by $4.6 billion, organics by $925 million and foods that support plant-based diets by $982 million.

However, Nielsen cites a “sporadic commitment” to healthy foods, considering that 99% of Americans have purchased a low-fat food or beverage item this year, but households only do so about twice a month. Similarly, U.S. homes are only buying organic, sugar-free and high-protein foods about once a month in each case.

“When surveyed about their eating habits today and into the next five years, Americans say they want to eat and live more healthfully,” the analysis states. “Three in 10 say they are making more healthy food choices than they were a year ago.”

In terms of demographics, millennials are most likely to define healthy eating in “practical ways,” while goomers, the Greatest Generation (born 1910-1924) and Gen Xers indicate their eating habits are more heavily guided by health maintenance or specific health conditions.

“More so than any other cohort, millennials feel healthy eating isn’t just about nutrition and diet; they believe it extends to mental wellness, stress management and saving both money and time.”

Thus there’s the “impossible equation” with food: how people can save time and money while maintaining “good overall health, mental strength and stress management.”

To save time, more people are drinking snacks as opposed to just eating them. Five of the 10 top trending consumable and snack-oriented categories are drinkable, led by oat milk, energy beverages and value-added water. One common motivation is to revive or sustain energy levels.

For stress reduction, Nielsen ranks as the top “brain foods” tuna, blueberries, shrimp, fresh beef, raspberries and non-dairy yogurt. “Consumer awareness and care for mental wellness has certainly improved. Therefore, companies need to prioritize mental health just as much as they do physical health in encouraging dietary changes in America.”

Price is “an ultimate barrier” to closing the gap between what Americans want to consume and what they actually end up buying. “Consumers won’t try what they don’t believe they can afford,” notes the report.

This is where packaged frozen and shelf-stable produce can benefit, according to Nielsen. “Without sacrificing on many health benefits, options like frozen raspberries or packaged bean sprouts cost nearly half as much (per pound) as the fresh equivalents and can be stored and used when it suits the end user.”

Marketing Daily reached out to two agencies active in the food space, NAIL Communications and Coley Porter Bell, for their thoughts on the Nielsen report. Executives at both firms cited the frozen food section of stores as an area of opportunity.

“We did work recently for a plant-based brand that was introducing a line of heat-and-eat meals,” says NAIL creative partner Alec Beckett. “And while it checked all the boxes of health, convenience and price, it had a major hurdle to overcome: the frozen food aisle ghetto.

“If CPG brands can start to shift the perception of frozen foods away from over-processed, high-sodium junk, there could be a renaissance in innovation and interest in the category,” Beckett adds.

“Frozen meals have been bogged down with negative perceptions for years, being associated with processed foods and 1950s TV dinners,” says Jenn Szekely, managing partner USA at Coley Porter Bell. “But today, millennials are ripe to become a large consumer of frozen foods if companies would just create the products they’re after.”