A Programmatic Trend That Gives New Meaning To 'Header Bidding' 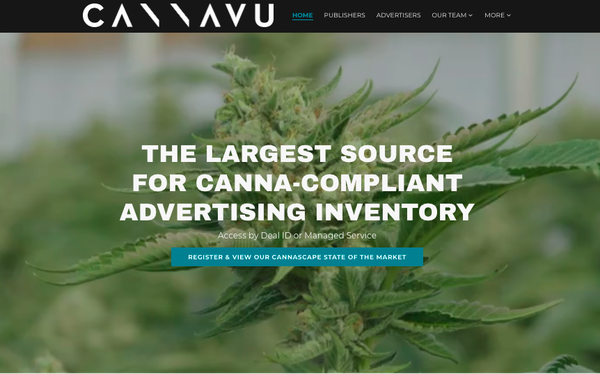 If you had asked me when I began covering the ad business 40 years ago what was the least likely column I would ever write, it would be about the emergence of the programmatic marketplace for targeting cannabis consumers. But much to my surprise, that is the focus of today’s "RTBlog."

It’s ironic, because one of the first stories I ever worked on involved cannabis media. I didn’t write it, but while I was interning for Adweek in 1979 I tagged along and took photos for an interview one of the magazine’s reporters did with the publisher of High Times. But back then, weed was still counter-culture -- and illegal -- and I scratched my head trying to understand why an ad trade magazine would write about a publication that couldn’t even advertise the subject it was covering. Turns out, High Times’ readers were nonetheless great audience targets for “non-endemic” brands.

Forty years later, I get pitched virtually every day about some kind of cannabis marketing story, but it was two pitches I got late last week that is the reason I am weighing in today.

The first came from a PR person pointing out that cannabis audience targeting is one of the “Five Digital Ad Trends That Will Change Everything In 2020,” according to an article published by the Interactive Advertising Bureau on its blog.

“Cannabis brands will push the limits of what’s possible in ad targeting – and everybody wins,” IAB Data Center of Excellence Vice President and Managing Director Orchid Richardson writes in the piece, noting, “Cannabis products from edibles and topicals to beverages will use data-driven targeting to the best of the programmatic ecosystem’s ability and automated buying will play an essential role in the growth of this controversial ad category. Programmatic will show advertisers how to reach the right audience at the right time while still navigating a thicket of legal peril, brand safety, ad fraud, consumer privacy rights, and regulation that surrounds this nascent and controversial ad category. For the cannabis market and community to grow, advertisers have to get it right – and the fruits of their labor will help all advertisers be better.”

It makes sense that programmatic would emerge as a viable solution for targeting consumers who a) need to in geographic areas where cannabis products are legal, and b) that they are of legal age to be consumers of the product.

But it was a second pitch I got from digital media-buying technology provider Centro, about a deal it is announcing this week with CannaVu, a programmatic digital media audience exchange “for curated, compliant ad inventory for cannabis and CBD marketers.”

In fact, CannaVu touts it is the “largest source for canna-compliant advertising inventory.”

Centro which provides digital media-buying tech to agencies and advertisers, works with a number of cannabis dispensaries, and this week’s announcement will provide details about how it is integrating with CannuVu, including managed service campaigns, as well as self-serve campaigns managed via deal IDs.

“CannaVu has the largest cannabis intender audience segment, identifying user device IDs for people who have visited 4000+ medicinal and recreational licensed dispensaries in the U.S. once, twice or 6+ times,” a Centro spokesman noted, adding that Centro’s Basis platform will be the first DSP to integrate directly with CannaVu.

Aside from the obvious benefits of automation and precision data-targeting, the deal provides cannabis brand marketers with a turnkey interface for acquiring inventory that meets state, federal and Food and Drug Administration requirements on where they can advertise and what kinds of creative can be used.