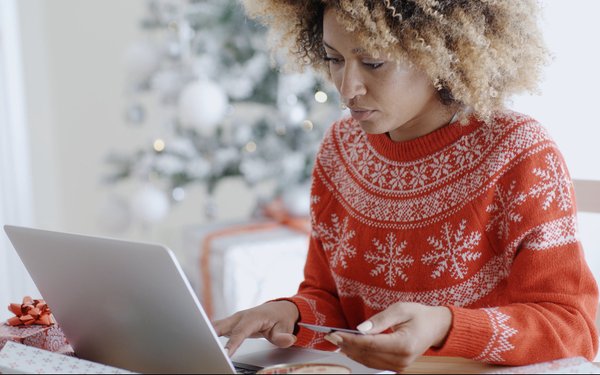 Early reads on the holiday shopping season are ho-hum, but retail experts expect consumers to pick up the piece, delivering on robust forecasts.

The National Retail Federation says retail sales in November rose 2.1%, compared to the same period a year ago.

It attributed the subdued gain to an unusually late Thanksgiving, which “delayed the beginning of the busiest portion of the holiday season and pushed Cyber Monday’s billions of dollars of retail sales into December,” says Jack Kleinhenz, NRF’s chief economist, in its report. “These numbers are more about the calendar than consumer confidence.”

The Washington D.C.-based trade association estimates that total holiday retail sales will increase to between $727.9 billion and $730.7 billion, registering a gain of between 3.8% and 4.2%.

But sales at electronics and appliance stores dropped 1.7%, as did transactions at health and beauty stores. And sales at clothing stores fell 2.9% for the month.

The condensed shopping period “heaps pressure on retailers to get it right the first time,” writes Coresight Research’s Deborah Weinswig, in her weekly note. “Retailers have less time to recoup lost sales from any missteps in ranging, promotions and availability, and it reduces the inventory replenishment cycle, increasing logistical pressure.”

She expects the negative impact to be minimal, and cites Adobe Analytics 19.6% jump in online sales on Black Friday, and the 19.7% gain on Cyber Monday as evidence that consumers are eager to shop, even if their timing is off.

“Even though there is much shopping still to be done,” she writes, “we think these metrics support Coresight Research’s estimate of a 4% year-over-year increase in November and December retail sales.”