Sometimes What You Don't Know CAN Hurt You 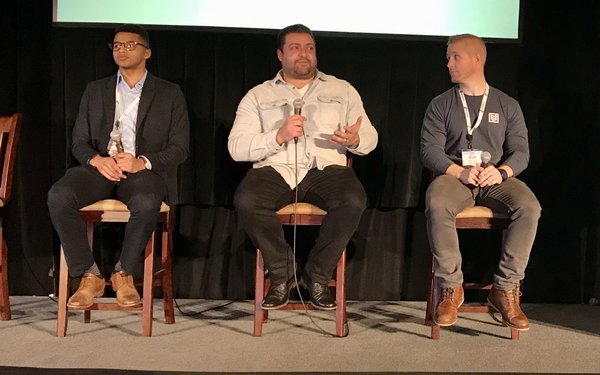 When Ryan Holleley (center) joined Glanbia Performance Nutrition (think Slim Fast) as Senior Digital Marketing Manager a few years ago, he saw some red flags, which to his everlasting chagrin he ignored.

The team that brought the digital agency on board had left. The first year, the agency was always available but around year two, he says, their team members changed. By year three, phone calls were going unreturned and they could never make a meeting.

By tracking the brand's social campaigns, Holleley saw there was "a ton of traffic but no conversions." He started asking more questions and was getting fewer answers from the agency.

"As we on-boarded a new agency, we did some digging. We found that a lot of spend was used to target children under the age of six, specifically." You see, kids that young don't know to hit the skip button.

Never mind the fact that Glanbia, an Irish dairy cheese company whose whey powder is used in performance nutrition products, is available only to those over age 18.

"We put steps into place so we don't run into this again," he said, advising, "When you see a red flag, say something."