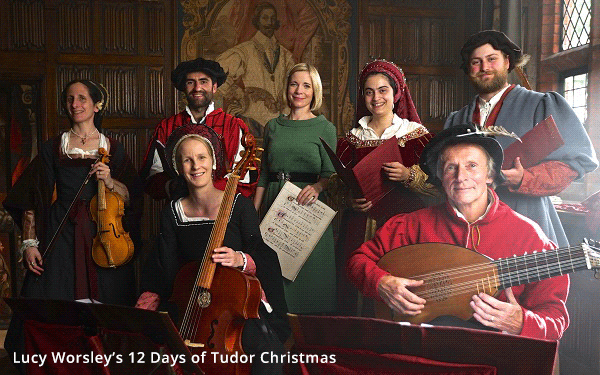 The sentiment expressed in the famous English song title “There'll Always Be An England” is realized and sustained, at least in part, by PBS.

Sometimes it seems as if the American public broadcaster is little more than an affiliate of UK television, so numerous are the English-accented series imported from Britain that are seen here on PBS stations.

Occasionally, the shows from England make a big splash here -- “Downton Abbey” being perhaps the best example. It is also one of the few of the British imports in recent years that deserved to be designated a masterpiece, as in “Masterpiece,” the Sunday night showcase of English series that was once called “Masterpiece Theatre.”

It should be obvious to all by now that few of the shows on PBS’ “Masterpiece” are really masterpieces. They are just TV shows, much like the ones we produce and air over here -- only the “Masterpiece” shows have British accents.

Other British shows seen on PBS stations here are so long-running that it feels as if they have been with us for all our lives. The never-ending soap “East Enders” is one of them.

The comedy “Keeping Up Appearances” is another. Production on that show ended in 1995, but at least its presence on TV in America has enabled all of us to behold and appreciate the performance of Patricia Routledge (now 90) as Hyacinth Bucket (pronounced Boo-KAY).

Hyperbole alert: Patricia Routledge might be the funniest comedic actress in the history of English-language television. Watch “Keeping Up Appearances” any old time and see for yourself.

A fascination with British history and customs also permeates the schedule on PBS, right up to and including a new Christmas-themed history piece “presented” (as the Brits say) by the always-ebullient Lucy Worsley, who the TV Blog already praised once this year (last January).

This time ’round, she is schooling us on the Christmas rites and rituals that Britons enjoyed during the reign of Henry VIII (1509-1547). The show is called “Lucy Worsley's 12 Days of Tudor Christmas.” It covers the entire traditional 12-day Christmas celebration in Tudor England in one hour.

With all due respect to Ms. Worsley and the effort that evidently went into the production of this show, the experience of watching this show (which I previewed late last week) felt longer in some spots than 12 days.

On the other hand, PBS viewers must eat this stuff up -- or else PBS wouldn't air so much of it. Or at least that is how TV is supposed to work.

This show, airing Christmas Night, does have its moments of fascination, however. One is when Worsley is seen browsing through a large financial ledger containing all of the expenses for Henry's first Christmas celebration as king -- a book that has been so well cared for over five centuries that it almost looks new.

That might be another reason why there will always be an England: The English are fastidious about maintaining their history. In the show, you will be introduced to people who are experts in such areas as Tudor-era cuisine and street entertainment.

Another highlight is when Worsley, costumed as King Henry, is served an entire roasted boar's head for her Christmas dinner. Attention, vegetarians: Don't say you haven't been warned.