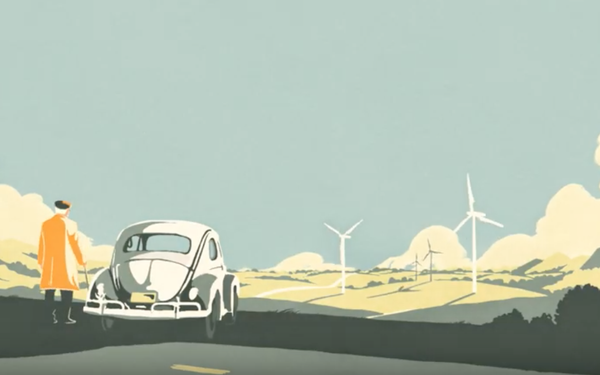 Volkswagen is saying goodbye to the iconic Beetle with a unique campaign launching today.

“(This) is not just a goodbye for Volkswagen, it’s one for everybody to bid farewell to the world’s most popular and significant car,” according to the automaker. “More importantly, the campaign signifies Volkswagen's commitment to its next chapter as we enter a new decade.”

The centerpiece of the effort is a 90-second animated spot set to the Beatles' "Let it Be" sung by the Pro Musica Youth Chorus children's choir. It will be featured in Times Square as well as airing on NBC, CNN and ABC before the ball drops.

Volkswagen also will adorn New York City’s Times Square with a celebration of films, messages and hints at its future brand design, including a more modern Volkswagen logo.

In addition to traditional media, Volkswagen will be using the hashtag #TheLastMile with select micro-influencers to ask consumers to highlight their favorite Beetle moments together on Instagram.

The film, produced by Nexus Studios and directed by Fx Goby, pays homage to the Beetle by giving subtle nods to popular influencers and celebrities who have driven the cultural relevance of this iconic car forward, per VW.

The Beetle has been in many films, and for Ren (played by Bacon) in “Footloose,” the Beetle was a symbol of his counterculture status in the film. In 1985 Warhol created an ad series paying homage to the Beetle with iconic prints. Finally, Cohen is an avid Beetle enthusiast and often posts with his Bug.

The color palette of the film reflects the colors in which VW models have been available.

“We animated live action because we wanted it to feel whimsical, with the feel of an old postcard, but which was extremely modern in design,” according to the agency. “So we used rotoscoping, which is an unusual method of animation because you make the film twice.”

“A live-action shoot captures the essence of the action, and the framing and the rotoscoping is where you create the palette and simplify the visuals to have more impact,” per the agency. “Happy accidents come from hand-animated rotoscoping. Every block of color is never perfectly aligned, so there’s no perfect line. It’s a technique which brings warmth to the visuals.”