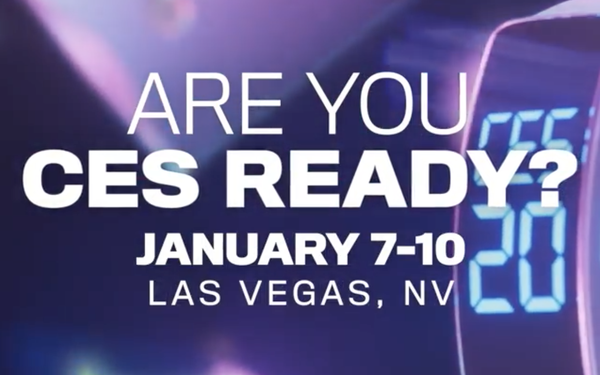 It’s that time of year again to make the annual trek to Las Vegas for the CES mega show.

More than 4,000 companies are exhibiting, with more than 175,000 attendees from more than 160 countries expected.

The show has grown so much over the years that it totally consumes the city, extending from the monstrous Las Vegas Convention Center to numerous hotels, each with their own conference arenas designed to house big shows.

The tech categories are so large that CES designates groupings of them.

Tech West, at the Sands and several other hotels, highlights emerging tech along with smart home gadgetry, smart cities, wearables, and the most innovative arena called Eureka Park, where the startups live.

Tech South, at the Aria, Monte Carlo and Vdara, is the epicenter for the advertising, content, marketing and entertainment communities.

Connected cars look to make a big splash again this year, with new lidar sensor technologies, advanced car infotainment, some of the promise of the coming 5G in cars, and various concept vehicles being shown by companies including Honda, Hyundai and Mercedes-Benz.

Before the show opens on Tuesday, there are two “Media Days,” where companies including Procter & Gamble, Bosch, Panasonic, Toyota, Intel and Sony will show their latest and detail their strategies exclusively for the press. These are generally standing-room-only, state-of-the-art, multimedia presentations by the top execs at each company.

We can expect to see lots of 5G use cases coming as the high-speed service expands to more cities and more areas in the cities in which it already has been deployed.

There also will be announcements of enhanced connected home products and services, additional voice features being added to various products, more robots for the home (including a robotic pet cat) and wearable devices that measure and track more things going on in the wearer’s body.

The irony is that at CES, which used to stand for the Consumer Electronics Show but is now only called CES, is not for consumers but rather for companies that ultimately sell to consumers, such as large retailers.

They will be walking the floors and huddled in private, high-level meetings to determine which of the products they see and hear about will see the light of day through their channels.

As in CES shows of the past, many of the products we see will only be seen at CES and never make it to the public.

Others will become the new standards in the year ahead and beyond.

That is the power of CES.