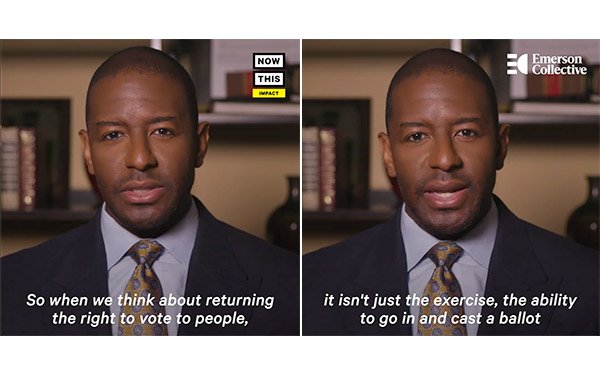 The nonprofit Emerson Collective is underwriting a new vertical at NowThisthat will be dedicated to covering the global issues young people care about.

Called “NowThis Impact,” the division will partner with experts on key issues, starting with with Emerson Collective, the social-change organization established and led by Laurene Powell Jobs, the widow of Apple founder Steve Jobs.

Topics will range from the climate crisis and voting rights to immigration and gun reform.

“At Emerson Collective, we are always looking for new creative tools that will help inform and engage the next generation of active citizens,” stated Stacey Rubin, Emerson Collective’s Chief of Staff and managing director of strategy. “Pairing our issue expertise with NowThis’ reach will help raise awareness on critical issues, like immigration, education, climate change and voting rights, at a critical time."

"NowThis Impact" will also focus on driving audiences to a call to action, according to the publisher.

“Emerson Collective is partnering with NowThis to share stories of people, places, and issues that impact our lives,” reads the website. “By raising awareness, we hope to inspire action and spur ideas for ways we can all be more involved in solving problems that are affecting so many communities.”

One video tells the story of an undocumented mother resisting deportation, and another focuses on what students and teachers need in 2020.

“Our audience is deeply passionate and incredibly eager to engage on the issues that matter most to them,” stated Athan Stephanopoulos, president of NowThis. “They’ve made it crystal clear they are looking for new ways to not only learn more about the challenges dominating the world around them, but how they can get involved and take action themselves.”

According to Axios, NowThis is looking to announce additional underwriters in the coming months.

NowThis is part of Group Nine Media, which also oversees Thrillist, The Dodo and Seeker.