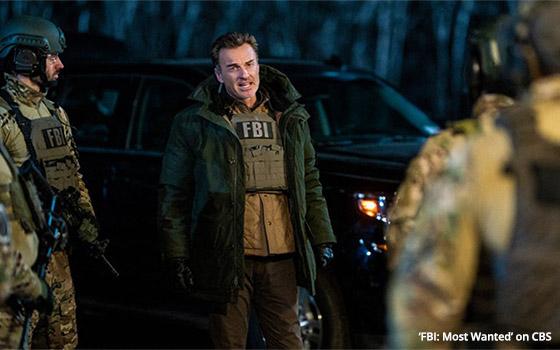 PASADENA, CALIF. -- Any disruption around CBS -- as it concerns its recent re-merger with Viacom -- has not affected much of its program development. It continues to ply the benefits of crime/enforcement drama programming.

Coming up for midseason, during the Television Critics Association meeting, CBS touted “Tommy,” a drama about a former high-ranking NYPD officer who becomes the first female chief of police of Los Angeles. It stars Edie Falco and premieres Thursday February 6, at 10 p.m.

This follows up on another new midseason network series  -- “FBI: Most Wanted” -- a spinoff of CBS' sophomore “FBI” show -- which started January 7.

The show got 9.67 million viewers, a Nielsen-measured live program plus three days of time-shifted viewing metric (L7). It’s the best start of a new show in the 2019-2020 season so far. Its live plus same-day audience was 7.2 million viewers.

Going forward, CBS said it will commit to a TV series called “Clarice,” a new drama based on the year after the life of the FBI agent in the 1993 film “The Silence of the Lambs.”

All this looks to revamp CBS' prime-time schedule, which has taken a hit this year.

Through the first three months of the season, CBS has lost 21% to a Nielsen-measured 1.1 viewers 18-49 rating. More glaring, its biggest decline came in total viewership, where CBS has long held the top spot among all broadcast networks. It is down 12% to date this season to 7.85 million, in second place to NBC, which is at 8.1 million.

These hits come from the absence of the “Big Bang Theory” -- the top-rated non-sports show for CBS and broadcast TV for years. Last year through 10 weeks of the 2018-2019 TV season, “Big Bang” comedy took in 17.4 million total viewers in Nielsen’s L7 measure.