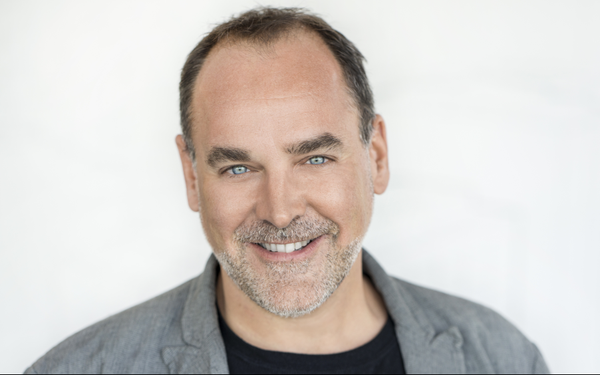 “For me the best definition of a brand is that it’s a promise,” he told attendees at last year’s Digital Upfronts. “But what good is a promise that no one believes?”

Our brave, still sort of new digital marketing world contains a cadre of not-so-secret agents who move effortlessly between chronicling the business and working in it. Platform notwithstanding, storytelling is storytelling, after all, and some of these two-way players have achieved revolutionary results.

None, however, have had more impact than Donaton. Author, editor, reporter, publisher, practitioner -- no one can come close to Donaton’s range of knowledge and experience about the now-critical convergence of advertising and entertainment.

With a resume that affords him both a view from 10,000 feet and extensive front-line, ground-level experience, Donaton is one of the most adept and successful practitioners of commercial storytelling -- the man, in fact, who coined the term “Madison and Vine” (and wrote an eponymous, immensely popular book about it in 2005).

In December, Donaton was named Hulu’s Chief Content Officer, after a five-year stint as Global Chief Creative Officer at Digitas, where he ran a global team of more than 700 professionals. But that’s just what this member of the AAF’s Advertising Hall of Achievement has done for the business lately.

He was the editor of Advertising Age for more than a decade before becoming publisher, then served as publisher of Entertainment Weekly.

In 2009, Donaton moved to the other side of the screen, serving in several high-profile content creation positions. He launched content studio Ensemble for IPG and served as global chief content officer at IPG Mediabrands’ UM (and subsequently morphed Ensemble into UM Studios).

He joined Digitas in 2014, and during his tenure there was the chief architect of the annual Digitas NewFronts, the anchor event of the Digital Content NewFronts, of which Digitas is the only agency founding partner.

“A lot of times people would look at me or Ad Age and say how do you guys see around corners,” he says of his pioneering insight about the need for brands and entertainment to converge. “ But I was having the same conversation with people; they weren’t having it with each other. To me, it was always happening.”

The list of extraordinary work created under Donaton’s leadership is broad and deep, ranging from zeitgeist-y moments like Sarah Silverman sitting in a Denny’s talking about warts in unpleasant places to a searing, to a multiplatform partnership with the John F. Kennedy Presidential Library and Museum that included the JFK Moonshot App, a first-of-its-kind augmented reality experience, a short film, TV spot, print ads, and more.

But his role as one of the most influential — and perhaps the most influential -- branded entertainment evangelists transcends any position or project. It has historical importance -- something that Donaton, approachable and affable, acknowledges but doesn’t want to belabor. He makes brands heroes. And it’s the road not yet traveled that is what he really wants to talk about.

“I’m surprised at how uphill the fight still is,” he concludes. “You shouldn’t stop running TV spots but we all know that content is successful as a marketing tool when brands adopt a mindset that they won’t interrupt or intrude and talk about themselves first, and apply that to everything they do.”