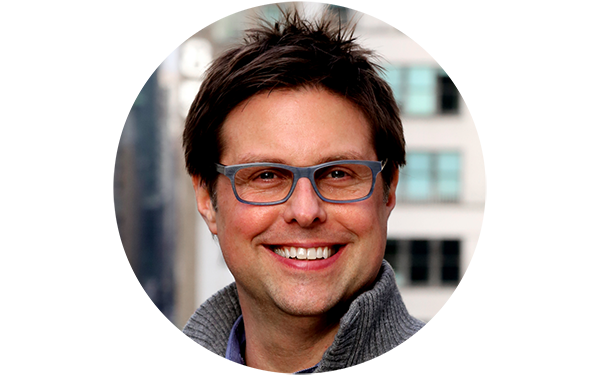 Much like the agency he founded — Sparks & Honey — Terry Young defies a simple description.

He began his career in the late 90s at seminal digital agency IPG’s SixtyFootSpider, pivoted into management consulting at McKinsey, then moved back into the wonky side of the agency business at Omnicom’s data-centric Targetbase before leaving the business altogether to join the Peace Corps.

Two years later, Young was back on Madison Avenue, rejoining Omnicom in a senior strategy role at performance shop Rapp, when a vision came to him that there has to be a better way to “future-proof” the world for brands -- and he left the agency business once again to build it.

The result was a startup called Sparks & Honey. A truly unique combination of art and science, the agency leverages human knowledge about cultural trends and then translates them into its own proprietary taxonomy built around “elements” and “foundations” of culture that can be modeled, tracked and applied to make reasonably scientific predictions on how they will impact the world -- especially for brands.

To understand how truly unique Young’s creation is, you should sit in on one of S&H’s daily culture briefings. In fact, the agency welcomes visitors to the noon-time sessions, and even streams portions of them live on LinkedIn, YouTube and Facebook.

If the briefings are the pulse of the agency, it is the sophisticated methodology developed by Young that is its brain. And it’s a brain that keeps evolving. At presstime, S&H was rolling out “Q,” a proprietary artificial intelligence platform that augments its human culture analysts, enabling them to surface emerging cultural trends faster than humans can, and in real-time.

Young, who in 2013 completed the executive program at Singularity University, says he doesn’t consider himself a “transhumanist,” but he keeps a foot in both the human and AI worlds.

“We have already merged with technology,” he says, adding that “it’s a symbiosis.”

Ultimately, Young believes the true singularity will be bifurcated, with machines processing Big Data patterns that humans cannot see, and people focusing on the things that make us most human: “empathy, curiosity -- things like that.”

Meanwhile, Young remains the human at the center of S&H. Despite its success (it is the reason MediaPost picked parent Omnicom as our Holding Company of the Year this year), Young is very much a hands-on manager -- participating in most, if not all, of the agency’s daily culture briefings and working closely with clients to help them understand how to create meaningful advantages from the insights it generates.

Those insights can manifest in new creative ideas, campaign messaging, media strategies, product development and innovation, and even things that have a much more profound impact on the world.

Young worked closely with the World Economic Forum on a project that led to a series of briefings and a report on the implications of “precision consumer data,” which will be presented at the next forum in Davos, Switzerland.

Other clients include the United Nations and DARPA, which turn to the agency Young built to understand how culture is emerging and changing and how that will impact the future of the world.

“We’re their guide,” Young explains, adding: “The future can unfold in many scenarios. We offer a viewpoint on which ones are the better future.”