Client of the Year: Target 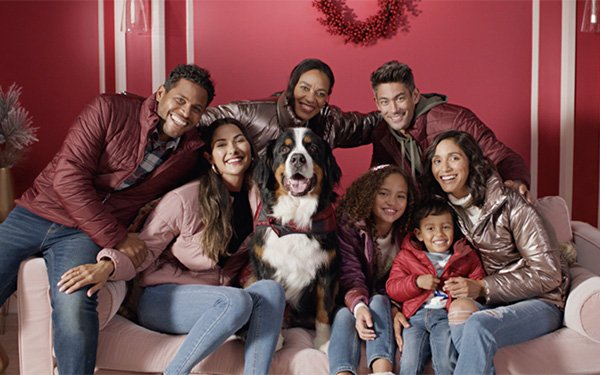 In a year when many retailers are circling the drain, Target is thriving. MediaPost is naming it its Media Client of the Year because — after a bumpy year marred by errors like a massive data breach and failed international expansion — it hasn’t just learned from its mistakes. It has emerged as the envy of the industry.

For one thing, it’s smashing its own sales records and rolling out dozens of tempting private-label lines, offering must-haves in everything from baby clothes to adult beverages. For another, it’s owning all things digital, generating profitable growth from same-day sales — a trick that eludes most of its competition.

And it has done all that by connecting with consumers using marketing that’s relevant, upbeat and true to its design-savvy DNA.

“There is a lot I’m proud of in our marketing this year,” says Rick Gomez, executive vice president, Chief Marketing and Digital Officer for the Minneapolis-based company. “And all of it ties back to living our purpose of helping all families discover the joy of everyday life.”

He calls this year’s holiday campaign its most diverse body of work ever. He’s especially fond of efforts to celebrate the 20th anniversary of its first design partnership, an extravaganza that looped in everyone from Michael Graves to Isaac Mizrahi. And he thinks the launch of Target Circle, the radically revamped loyalty program, “has the potential to be a huge game-changer for our entire business.”

For more than 20 years, the retailer has staked its reputation on its cheap-chic image. But public perception waned, and a few years ago, realized it needed an aggressive effort to win back America’s trendiest shoppers.

It included an onslaught of private-label brands -- more than two dozen. They include entries in apparel, breaking new boundaries in size-inclusivity. Home is also an important area.

All that makes it a more appealing place to shop. “The business has been strong,” says Brian Yarbrough, an analyst who follows the company for Edward Jones. “With the remodeled stores, more fashion offerings and all these delivery options, it’s winning new customers–and winning back old customers, too. And it’s outperforming most other retailers.”

Groceries continue to be a significant challenge for Target. “It’s a tough spot because Target is not a destination like a Walmart,” says Yarbrough. “It doesn’t have the full breadth of groceries. People may go there for apparel, and say, 'Hey, while I’m here I may as well pick up some laundry detergent and a loaf of bread.’”

The ongoing rollout of thousands of Good & Gather food items, its biggest private-label play yet, should help. “Grocery is doing better,” Yarbrough says, Not only are private-label items more profitable, “they drive loyalty. But I still don’t think Target has created the model they want long-term.”

Some of that increase is due to expanding offers to more stores, but more than half of its growth happened in mature locations, as consumers tried the service and loved it enough to use it repeatedly. Combined, they accounted for 80% of the chain’s digital growth in the quarter, up 31% from the same quarter in the previous year.

Gomez believes much of the success comes from organizational changes. “We’ve brought together our marketing and digital teams and operations. We’ve generated industry-leading digital growth for years now, but by having these functions working closer together, there’s the potential to do so much more.”

That means more than just a seamless shopping experience. “We can also raise the bar on the brand experience, making it even more empathetic, guest-centric and cohesive.”

Target is also investing in the physical shopping experience. With 1,862 stores, it is continuing its aggressive remodeling program, giving 300 stores a makeover this year. It expects a total of 1,000 to have been spruced up by the end of 2020. Smaller stores, many in cities or near colleges, are also part of its plan. It has opened more than 30 in the last five years and is now opening 30 per year.

Gomez says that over the last few years, a significant change has involved looking at people differently, moving past the idea of a core customer. “For us to be successful, we need to be broadly appealing,” he says. “More than 30 million people shop our stores every week and millions more online.”

And while he says it continues to be attentive to millennial and multicultural customers, “we’re also thinking about Gen Z and doing plenty of listening about what they’re looking for from retailers -- and employers. And I’ve been really proud of how we’ve worked to market to empty nesters who are maybe down-sizing and thinking about shopping differently.”

When he speaks at industry events, Gomez is fond of saying how important it is to him that Target stays humble. “We’re in the midst of an incredible run, absolutely. But we can’t rest on our laurels. Every day, we have to earn our guests’ business.”

agency, agency of the year, retail
Next story loading