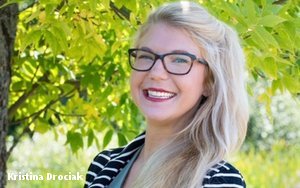 In November 2019, the Federal Trade Commission codified its advertising disclosure guidelines for online brand influencers. Among other things, the guidelines stress that the responsibility to make disclosures about endorsements lies with influencers, who are reminded that they cannot just assume that followers are aware of their connections to brands.

While there’s no shortage of influencer marketing debacles (Google “Fyre Festival+Instagram”), some brands are taking a closer look at their relationships with celebrities, micro- and nano-influencers.

Organic yogurt marketer Stonyfield was early into the online influencer space, with an in-house effort that dates to 2009. Like other marketers of certified organic products, higher costs can mean lower marketing budgets. For Stonyfield, it means no television advertising and thus a big reliance on digital platforms.

CPG FYI spoke with Stonyfield director of public relations Kristina Drociak, whose nearly 12-year tenure with the New Hampshire-based company has given her a ringside seat to the best use of influencers. In short: it’s all about authenticity.

Drociak: We’ve been doing it a really long time and it’s been pretty critical to what we do — especially the millennial target we’re going after. They don’t necessarily trust brands, they don’t trust advertising. But they trust influencers whom they have followed for a while or have gotten advice from before. It’s like a trusted third party.

CPG FYI:How has the influencer space evolved over the past decade?

Drociak: Back when we starting working with influencers, it was finding anyone who was maybe trying a competitive yogurt, or had an interest in yogurt but didn’t necessarily know Stonyfield, and offering up coupons. Having them try the product and write about it.

But as we all know, it’s changed since then. Influencers have turned their content creation and their platforms into a business. Whereas you used to be able to give coupons to people and get some pretty good content, now it’s much different — and it does involve payment to these influencers who really have businesses now.

CPG FYI: What has changed most for Stonyfield?

Drociak: I would say the big difference is that we are more selective with whom we’re going after and the criteria that we use. We bring influencers who we see as a fit to our target, who have met our criteria straight to the organic farms where we source our ingredients. We do three-day, immersive training, we [have them to] dinner with our co-founder and really get them deep into the brand.

CPG FYI: You handled influencers in-house for a long time, but then engaged Sway. Why was that?

Drociak: For example, when it gets to a product launch and we want to work with maybe 50 influencers on Instagram, that would take a lot of time and resources for our very small team.

They look exactly at who we’re targeting, what communication we want to get out there, who are the people we maybe wouldn’t necessarily want to work with, and they find the right influencers to work with.

CPG FYI: What is the most important thing you look for when choosing influencers?

Drociak: Authenticity. Because we are an organic product, we’re looking for a specific group of influencers and consumers. Whereas, if you’re more of a mainstream product, it would be a different target.

I think sometimes brands can look for influencers that have thousands and thousands of followers but maybe not a strong engagement. For us, it’s really about engagement.

Drociak: Oftentimes, we aren’t just talking about products. What we’ve seen that gets the higher engagement is when we talk about our mission and our heritage and purpose. We usually like to include that in any campaign we do.

You can see it in the numbers across our flights as well. When you include that mission and purpose content woven in with the product angle, the engagement rates perform better.