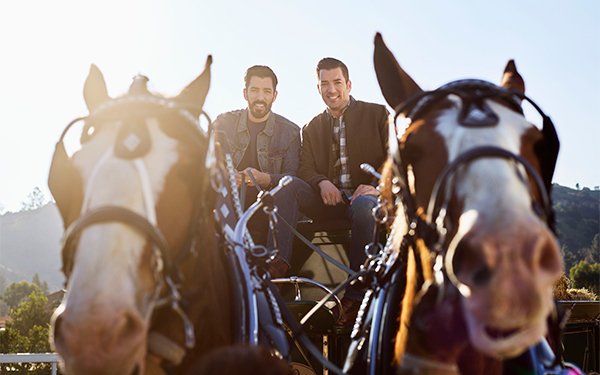 Jonathan and Drew Scott, known for “Property Brothers” franchise on HGTV and other media vehicles are raising awareness for ADT with a series of ads leading up to the Super Bowl on February 2.

The creative, developed with agency Bear In The Hall, features the Scott Brothers with some Big Game staples, like the Clydesdale horses, adorable puppies and towers of pizza boxes.

The media mix for this content includes six-second and 30-second spots and banner ads that will appear on TV, online, social and out-of-home.  All end with the message to watch the game on FOX on Sunday.

On game day, ADT will run another spot on broadcast and in its social assets with what the company calls its “big reveal.”

This year we wanted to do “something big and unexpected,” said Jochen Koedijk, CMO of ADT. “Many will ask why our campaign tells people to watch the Big Game, and the answer will be revealed on Feb. 2. Everyone should tune in.”

ADT appeared in the Super Bowl for the first time last year in an ad featuring the Scotts.