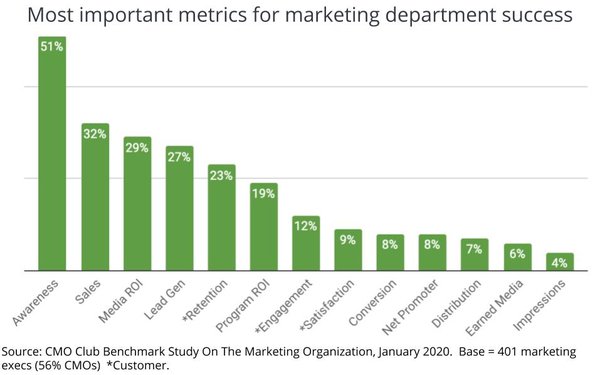 The study, which is based on surveys and interviews with 401 marketing executives, more than half of which were CMO-level, “awareness” remains the No. 1 metric used to evaluate the success of their marketing organization.

More than half (51%) of the executives cited awareness as their most important metric, followed by sales/revenues (32%) and media ROI (29%).

Other customer-oriented metrics such as lead generation, retention, engagement and satisfaction also ranked high in the survey, which asked the marketing execs to pick their “top five” metrics, while Madison Avenue imperatives like “earned media” (6%) and “impressions” (4%) ranked lowest.