With Mr. Peanut's Funeral, Kraft Learns From Its Mistakes 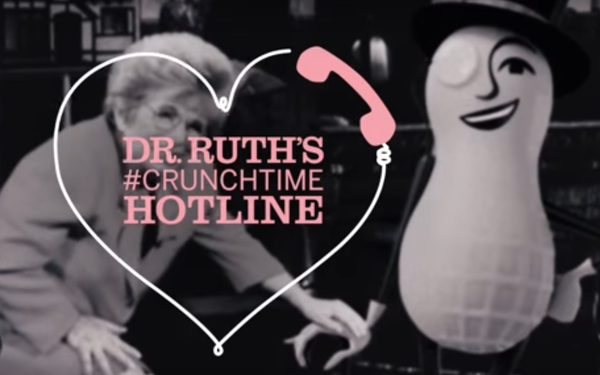 When it’s my turn to stop at Mr. Peanut’s casket at his funeral this Sunday, I plan on sneaking in a box of Velveeta to be buried with him.

I will lay to rest my bad memories of Kraft’s Super Bowl marketing stunt in January 2014, when Velveeta clogged the news -- but apparently not the usual amount of arteries -- and announced its inventory was running low.

Kraft seems to have done some hardcore brand navel-gazing in the six years since, coming to this conclusion: Mr. Peanut is the beloved, erudite 104-year-old bespectacled mascot for Planters. Velveeta is… is… something created in a lab somewhere that packs 2,500 calories in a box.

Six years ago, when the news broke that there would be a Velveeta drought sparked by its [cough] “incredible popularity,” nobody complained that their Super Bowl queso dip dreams were going up in smoke.

Yet, early on, story holes showed up like the holes in real Swiss cheese. Having a shortage means that nobody can find your product -- and sadly, numerous reporters had no problem finding Velveeta boxes.

Kraft insisted it was not a stunt, giving NBC News internal memos to prove it.

Still, the food giant might have gotten away with it, except for one mistake: It launched a website called cheesepocalypse.org to guide the country through this emergency with a big interactive map, Velveeta facts, and social media reports. Who sets up a web site to track a supposedly major supply chain issue, treats it like a television weather forecast diagram, and expects it to be taken seriously?

Kraft overplayed its hand by believing consumers had an emotional connection to a bar of “pasteurized prepared cheese product.”

Fast-forward to now: Kraft seems to have learned to let everybody in on the joke, and Mr. Peanut is a personality for which it could create an entertaining narrative that consumers would follow.

Mr. Peanut is as real as Velveeta is not. Unlike Velveeta, Mr. Peanut has credentials: he spent last Super Bowl lounging around with A-Rod, dispensing love advice with Dr. Ruth the month after that, and launched his own IPA beer in 2018.

Velveeta has never even appeared in public with a Real Housewife.

I’m glad to see Kraft learned something about its brands and how to execute a stunt properly, even if it’s paused because of Kobe Bryant’s sudden demise.

Meanwhile, you can buy variants of cheesepocalypse domains at GoDaddy for bargain rates -- some as low as 99 cents!