The Guardian will no longer accept advertising from fossil-fuel extractive companies on any of its websites and apps, Chief Customer Officer Anna Bateson and Chief Revenue Officer Hamish Nicklin announced in a blog post Wednesday morning.

In addition, ads from those companies will not appear in the Guardian, Observer and Guardian Weekly in print.

“Our decision is based on the decades-long efforts by many in that industry to prevent meaningful climate action by governments around the world,” Bateson and Nicklin wrote.

The Guardian first made moves toward this decision five years ago, when Guardian Media Group shifted the investment portfolio of the Scott Trust Endowment fund - which supports the Guardian — to exclude all fossil fuel investments. The company began a campaign to encourage others to follow suit, called "Keep It In The Ground."

“Many of the fund managers with whom we work say they have created new, greener investment funds as a result of that decision,” Bateson and Nicklin wrote.

In May 2019, Guardian editor-in-chief Katharine Viner announced the publisher had updated its style guide to use more aggressive terms like “climate emergency,” “climate crisis” or “climate breakdown” instead of “climate change.”

In October 2019, the Guardian pledged to reduce its emissions to net zero by 2030.

The company became certified as a B-Corp. to meet social and environmental standards.

Bateson and Nicklin said they would not stop taking ads from companies related to significant carbon footprints, such as cars.

Fossil-fuel extractors have a much larger impact on the environment, they said. Denying other ads “would be a severe financial blow, and might force us to make significant cuts to Guardian and Observer journalism around the world."

“We believe that good advertising, done responsibly, can be a positive for the economy and the world, as well as providing an important way of sustaining the Guardian’s journalism. So we will continue to accept other forms of advertising as we continue to seek long-term financial sustainability for the Guardian,” Bateson and Nicklin wrote.

For the foreseeable future, the Guardian will continue to rely on both advertising and support from readers to sustain its business.

The funding model for the Guardian "is going to remain precarious over the next few years, and we’ll be more reliant than ever on the support of our readers,” they added.

While rejecting some ads does not help the publisher's business, the execs "believe building a more purposeful organization and remaining financially sustainable have to go hand in hand.” 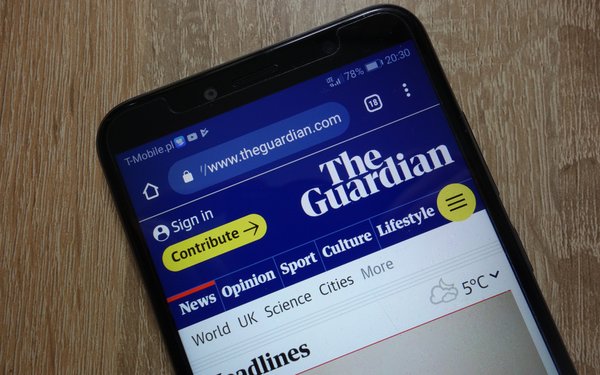