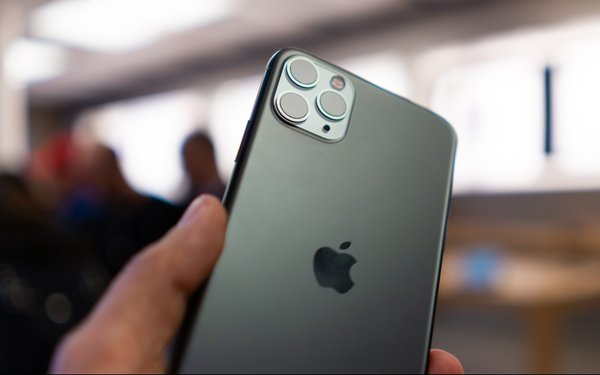 Before Apple reported its fiscal first-quarter results on Tuesday, few analysts were expecting a phenomenal performance -- and for good reason.

That fed into fears that Apple’s iPhone business was continuing to flatten, while some analysts voiced their disapproval of the company’s plan to boost sales by selling cheaper phones.

Yet, surprising just about everyone, the tech titan said it sold $56 billion in phones last quarter -- which was up 8%, year-over-year.

That’s quite a reversal compared to Apple’s fiscal fourth quarter, when revenue from iPhone sales amounted to about $33 billion, which represented a 9% decline, year-over-year.

“In fact, iPhone 11 was our top-selling model every week during the December quarter, and the three new models were our three most popular iPhones,” Cook gushed on Tuesday.

At launch, the iPhone 11 Pro’s unique design features -- like its triple-lens camera -- were not widely embraced.

However, better battery life and new features (like Night Mode, which is actually made possible by the phone's triple-lens camera) have apparently been reason enough for throngs of consumers to upgrade their gadgets.

“The momentum on iPhone revenues is the primary driver of the upward revision to our revenue and earnings forecasts,” J.P. Morgan analyst Samik Chatterjee wrote in a new note to clients.

In China specifically, “The favorable response to the iPhone 11, in combination with success of trade-in and financing programs, have driven a return to growth,” Chatterjee remarked.

During the quarter ended in December, services revenue reached $12.7 billion, which is up 17%, year-over-year.

“Once again, we saw double-digit growth in all five of our geographic segments and established new all-time records for multiple categories, including cloud services, music, payment services and our App Store search ad business, as well as setting a December quarter record for the App Store and Apple Care,” Cook said on Tuesday.

Altogether, that helped Apple post record quarterly revenue of $91.8 billion, which was up 9%, year-over-year.
apple, mobile, smartphone
Next story loading