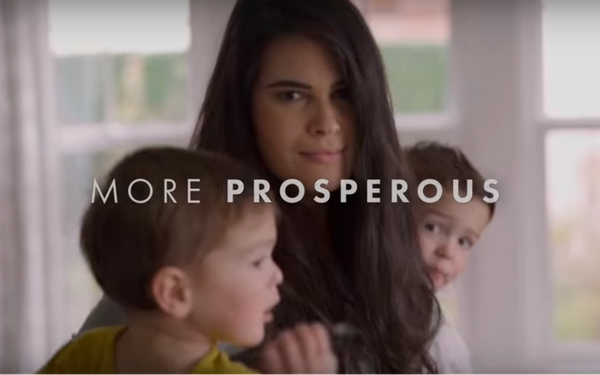 The President unveiled one of two 30-second spots his campaign will air in the Super Bowl Sunday night, going up against Democratic challenger Michael Bloomberg's 60-second spot.

It seems Bloomberg is going for impact, while the President is going for frequency, although his campaign is leaving the content of the second unit a mystery until the Big Game.

Both candidates bought 60 seconds worth of inventory at an estimated cost of $11 million each, and the President seems to be going with a message that his first three years in office have made America "stronger, safer, more prosperous," concluding with his own voice intoning: "And ladies and gentlemen, the best is yet to come."

Bloomberg's :60, in contrast, focuses on the tragedy of American gun violence, an issue Bloomberg has been working on as a private citizen, long before he declared his candidacy.