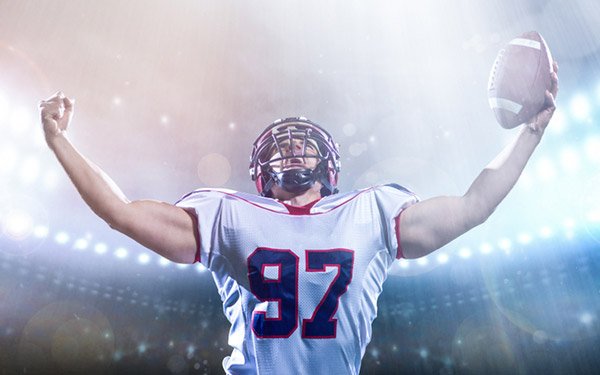 Super Bowl time is here and the popularity for the NFL game is up -- after some low periods in recent years.

For the second straight year, overall NFL regular-season games posted modest single-digit viewership gains -- up 5% to a Nielsen 16.5 million viewers in 2019. This added to the 5% viewer hike in 2018 over 2017.

It makes you wonder what happened to all the kneeling-player issues -- as well as more serious medical issues, such as chronic head injuries to athletes.

Stories concerning the number of kneeling players, in reaction to social issues, are down versus headlines in 2017. The medical issues remain, but are also largely missing from the headlines.

In this highly watched political season, Democratic-leaning adults have given the NFL brand a 46 favorable number; Republicans, a 32 share; and Independent voters, a 35 number.

While many would like to leave politics out of the NFL -- and the Super Bowl -- this year’s game has political overtones. High interest is coming from two 60-second presidential TV ads -- one from President Trump’s campaign and one from Democratic-candidate Michael Bloomberg.

The cost of placing these commercials on the Fox Television Network on Sunday will be roughly between $10 million and $11 million, according to estimates.

They might not change many minds, especially not actual in-stadium fans at the Hard Rock Stadium in Miami Gardens, Florida.

But TV viewers -- if they didn’t know before -- will know the political advertising season will have started in earnest. They might not care for political messages amid the funny, weird and celebrity-driven consumer products and services being pushed during the big game.

This makes us wonder what kind of “engagement” -- call it just “reaction” in lay terms -- those presidential political messages will have. It might be rolled into other messaging -- local TV or otherwise -- about the Trump impeachment trial, expected to conclude before the Super Bowl.