Why I'm Canceling The Apple Card -- And So Should You 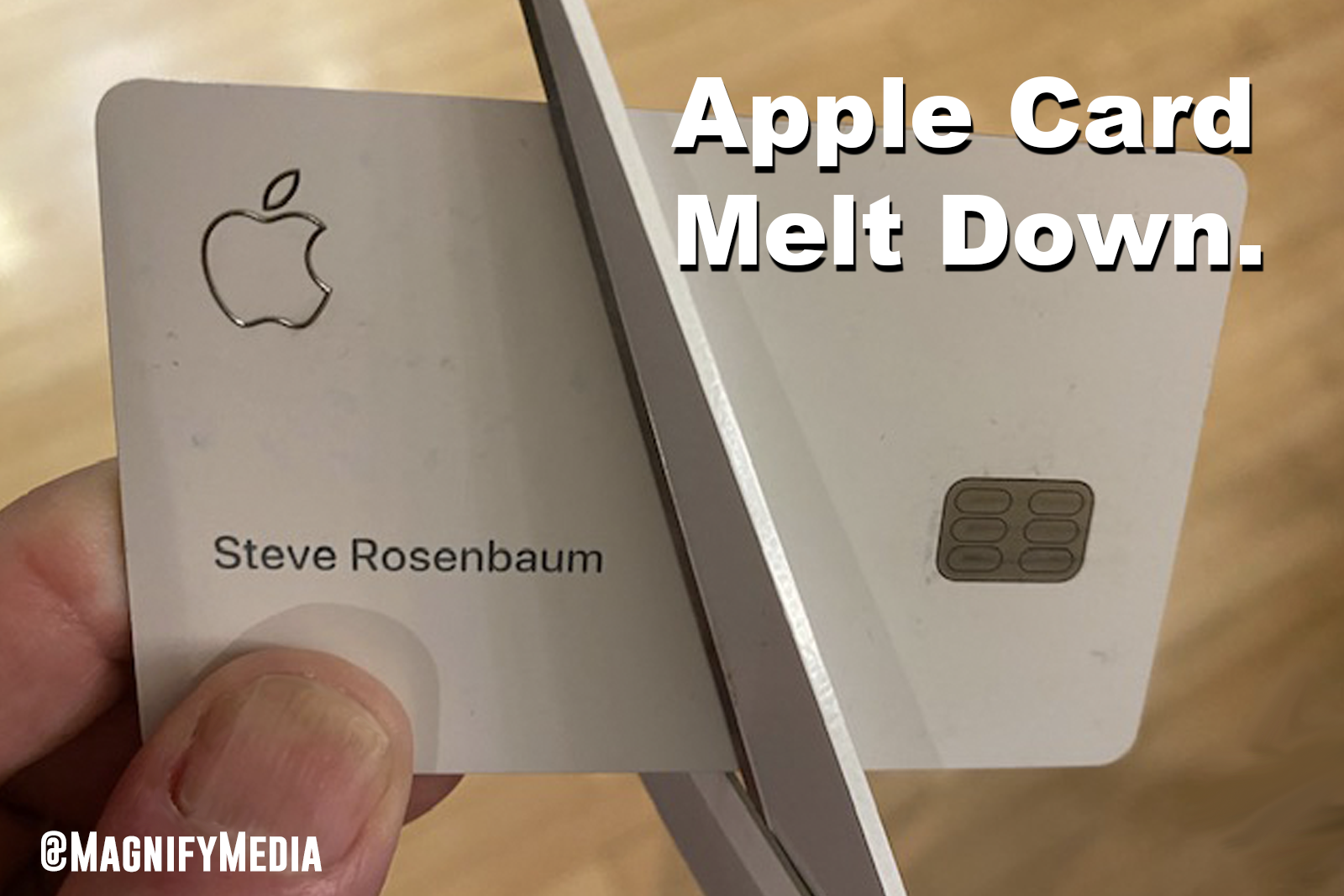 OK, let’s be honest: Apple does some things very, very well. But other things, not so much.

Apple is not a bank. It has no banking DNA.  And so when it announced the Apple Card, I thought,  “Great, maybe someone can re-invent how banks behave in a new digital world.”

Turns out, not so much.

However, the signup process for the card was seamless, and the card came in the mail seemingly overnight.

And, for a few weeks, that’s how it went. I charged some things, and overall it was fine. But it wasn’t measurably better than using Apple Pay with one of my other cards.

And then the problems started. There was a weird a double charge on my card and on my statement. I texted for help, and was told by Apple they’d transfer me to Goldman Sachs. That’s where the problems began.

The Goldman support person —or a robot AI, or an offshore operator with a tightly written branch and tree script — quickly told me that they didn’t know what the charge was, or if it was legitimate, and couldn’t credit me back the $18, or solve my problem.“Can I help you with anything else?” the robot-chat bot chirped.

Then it happened again. I wanted to pay the minimum balance, as I was told I could, without an interest charge or late fee. It was six hours after the end of the month. Again, Robot Banker says little, despite trying to get to a human.

Apple said: "I can help with that. Let me connect you with an Apple Card Specialist at Goldman Sachs.” That’s always bad.

Maybe you understand that — but I don’t. And I’m used to the Apple brand being clear and responsive. So this banker-speak feels like it’s a robot taking over the Apple brand, and doing it a terrible disservice.

I tried a human question: "That’s a lot of words,  but I asked to not charge interest since I was 6 hrs late. The card is new, and it doesn’t connect with QuickBooks as all my other cards do. So it’s hard to manage. Can you help me?”

The answer:  "You can export your transactions and statements. To do so please go into your Wallet App click on card balance and select the statement that you would like and scroll down till you see export statement. The interest was not charged for being 6 hours late the interest is charged because the full card balance of XXX  has not been paid in full. To avoid being charged interest, pay at least your monthly balance each month on or before the due date. On the payment wheel, you know you are paying enough if the wheel turns green or blue. To remember to pay your monthly balance, you can set up Scheduled Payments in the Wallet app.”

So, maybe not a human-assisted Robot — but again, not a human answer. Ugh.

Usually, there’s a way to get to a retention specialist, so I tried the nuclear option: "I’d like to cancel this card.”

And then I’m down the rabbit hole: "Your account will be closed and you will no longer be able to use your Apple Card. You will continue to receive monthly statements and you must continue to pay at least the minimum due each month until your account is paid in full. Do you want to continue?”

Apple should want a good customer with a great credit score, and a history of on-time payments to be retained. But Goldman Sachs, as it turns out, has no such interest.

The Robot is now in gleeful cancellation mode: "We are open 24/7 if you have any additional questions or concerns. Thank you for contacting Apple Card, have a wonderful day.”

I tried one more time: "Why does the Apple Card have such poor robotic customer service?” Answer: "Let me get you to an Apple Card Specialist at Goldman Sachs.”

MarketWatch interviewed Ted Rossman, an industry analyst at CreditCards.com, who said: “I agree…that 1% cashback with the physical card is below average, and even 2% on most Apple Pay purchases isn’t ground-breaking (a few merchants offer 3%). Most people would come out ahead by using a card such as Citi Double Cash which offers 2% cashback on all purchases. Apple Card’s lack of a sign-up bonus is also disappointing for rewards aficionados.”

Rossman nailed how I feel: “We’re probably all guilty of holding Apple Card to a higher standard.”

Most surprising, perhaps, is Apple Card’s inability to integrate with software like Mint or QuickBooks. Considering Apple does not have any of its own financial software, it makes it impossible for users to get a holistic view of their finances. Hard to blame Goldman Sachs for a software integration fail.

So, just too summarize: Apple Card’s cashback is below average, once you put the card in your Apple Wallet, it defaults it as the payment for anything that you charge on Apple Pay, the customer service is terrible, and Apple defaults even basic questions or support to some odd semi-human Goldman Sachs robo-banker who seems to want to drive you to cancel rather than resolve issues.

So, Apple Card: You’ve made it easy to say goodbye.

There’s a massive thread of unhappy Apple Card users here, with similar experiences to mine.

apple, financial services
3 comments about "Why I'm Canceling The Apple Card -- And So Should You".
Check to receive email when comments are posted.
Read more comments >
Next story loading