What The Pros Thought, Part II 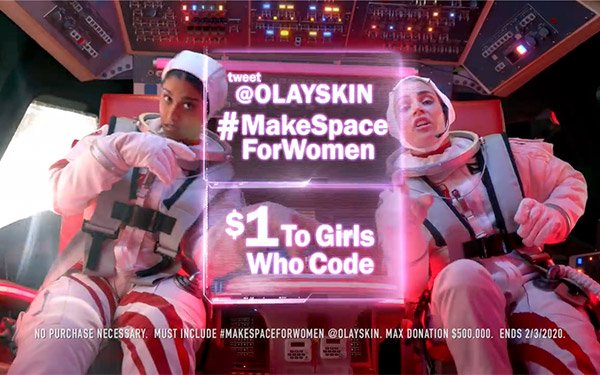 Advertisers kept on their professional hats while watching the Super Bowl as they chatted with MediaPost after the big game about their favorites and notable trends.

“It seems like making a Super Bowl ad has become a very insider thing," says Weiss. “The people making a Super Bowl commercial are doing it specifically with other Super Bowl hits in mind instead of thinking about the actual consumer and goal. Everyone is trying so hard to be the most talked-about that it gets muddled and overwhelming.”

Advocacy continues to be a popular position for brands, though Steve Parker, Jr., CEO/Co-founder, Levelwing believes it is always an “interesting angle” to promote change when spending millions of dollars to attract massive eyeballs. “Most brands don’t come off as genuine in these situations,” he says. “Their approach may be well-intentioned, but the depth of truth in what is being sold often falls short. This year, a few brands tackled this approach, but we need to read the fine print.”

While he wants to make it clear he adored Olay’s MakeSpaceForWomen spot, he can’t help but wish Olay had already made “substantial commitments” in this area before airing the ad. He notes the small print in the ad details hashtag and brand rules, as well as a max donation of $500,000. Plus, the activation ends on Monday. “Overall, it’s a good start,” he concedes.

Bridget Fahrland, head of digital strategy, Astound thinks advertisers are shepherding advocacy into broader themes. “Brands are listening — but as they weave today's concerns into messaging, they also need to tie it into a bigger promise,” she says, adding those that did it well include Microsoft speaking about women's equality with Katie Sowers, Sabra Hummus addressing LGBTQ visibility, and Snickers “fixing” the divide in our nation.

Parker thought Michelob Ultra Pure Gold “came out of the gate” strong portraying how little of U.S. farmland is organic. “A topic that resonates with many of us,” he says.
Celebrities remained in high demand as they do every year, but their endorsements received mixed responses. Nearly everyone disliked Amazon’s Alexa ad featuring Ellen DeGeneres and Portia De Rossi, but their appearance wasn’t cited as the overwhelming reason for their unhappiness. Diversity, or lack thereof, was the problem.

Facebook’s use of Chris Rock and Sylvester Stallone were delightful additions as was Jeep’s “brilliant” use of Bill Murray and Doritos’ clever dance-off between Lil Nas X and Sam Elliott with Billy Ray Cyrus as an extra cameo for Cool Doritos Ranch.

Much as Jeep did with “Groundhog Day,” Mountain Dew had the “perfect example” of using a celebrity Bryan Cranston in an appropriate way (in this case, for his acting talent), quips Scott Conway, creative director, Mering.

Squarespace’s Winona Ryder ad received a lot of good press prior to the game, and ranked high among viewers as one of their favorites, including Kelsey Miller, senior copywriter, Barker.

Brands missing the star mark this year include Hummer’s strategic miss with LeBron. “Hummer essentially becomes irrelevant because it was seen as a vehicle driven by those who don’t care about the environment,” says Conway. “Why not play up that aspect more than how quiet the car is?”

Genesis’ usage of John Legend and Chrissy Teigen also was wasted money. “You grab two celebrities who are generally regarded as ‘fun’ and ‘luxurious’ and use them to awkwardly connect it to your brand,” says Conway.

As “really lucky” brands go viral with their 30-second spots before it even airs during the game, the repeat buzz during the Super Bowl from “everyone who hasn't seen it yet is the cherry on top of that sweet 5+ million,” says Weiss.

Parker eyes two brands — Bud Light and Turbo Tax — with the potential for consumer engagement that could extend beyond just the game and into the world of social media and memes. Bud Light’s Post Malone spot in a bar where he abruptly yells “Shut Up Spleen,”  is work that you can see possibly becoming the next “Dilly Dilly” among the bro-set in dive bars and college campuses nationwide, he believes.

Parker calls out Turbo Tax as the other one. “And frankly, this seems a little more intentional by the brand in the hopes that folks do share their ‘do your taxes dance’ across social media,” says Parker. “Now, if only they can get Tyreek Hill to do the dance when he crosses the goal line after a 35-yard touchdown during the Super Bowl.”