Harry's In Limbo: What A Failed Merger Means For D2C Brands 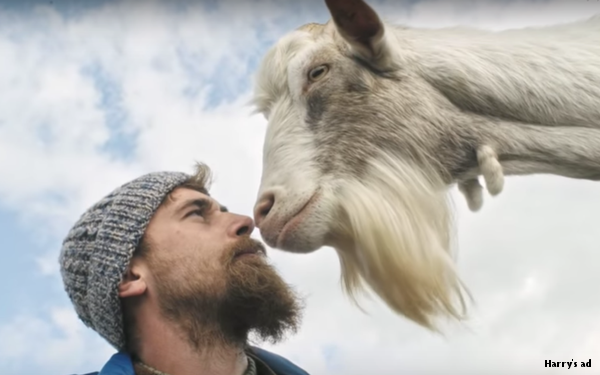 As a result, Edgewell yanked its offer, and says it expects a lawsuit from Harry’s.

No one needs us to restate the obvious, but we will, anyway: It may be difficult to build a D2C brand that consumers love, but it’s even harder to make money doing it.

And maybe some of this “bad” news is actually a beautiful reminder about the bonds between brands and people. It’s the kind of observation that could just as easily have come from Oprah, David Ogilvy or your mom: Healthy relationships are mutually beneficial. Always.

I love Harry’s branding, and even if it is selling products at a loss, the company may be good for consumers for at least a little while. Working at a hot start-up is great for its employees’ resumes, and the payout from Edgewell would doubtless have been life-changing for its founders.

But the FTC alleged in its suit that the deal wouldn’t serve the greater good, long term. Harry’s success has “interrupted over a decade of routine price increases by a once-stable duopoly,” it said. A merger “would neutralize 'one of the most successful challenger brands ever built,’ eliminating head-to-head competition between Harry’s and Edgewell, and removing the independent competitor that disrupted Edgewell and P&G’s longstanding and stable duopoly.”

So what now? Analysts at Deutsche Bank predicted that Edgewell would ditch the plan. “Harry's is not worth fighting for,” they wrote in reaction to the FTC suit. “The silver lining may be that Edgewell now has certain competitive insights into Harry's.”

Deutsche Bank, which says Harry's is not profitable, predicts it "will likely seek financing from other sources to continue to expand both in the U.S.”

We’ll see. Harry’s issued a statement after learning that Edgewell was leaving it at the altar. "We know the merger would have benefited consumers greatly,” it says, attributing the remarks to Jeff Raider and Andy Katz-Mayfield, co-founders and co-CEOs. “We believe we would have prevailed in litigation, and are disappointed by the decision by Edgewell's s board not to see this process to its conclusion.”

In the statement, Harry’s asserts it is indeed profitable. The CEO of Edgewell, however, has said that Harry’s is not.

Harry’s is just as impressive a company today as it was before the vanished merger.

But maybe there’s a different lesson here: Harry’s should be less unicorn and more workhorse. Make a product customers love. Price it realistically. Invite acquisition based on the genuine value of your relationship to consumers, their data, investors and competitors. Respect that categories do better with more competition, not less.

And if every deal, every product and every new injection of financing doesn’t do right by every stakeholder? Expect them to move on.

EDITOR'S NOTE: This post has been updated to reflect today's announcement that Edgewell is backing out its proposed acquisition of Harry's.