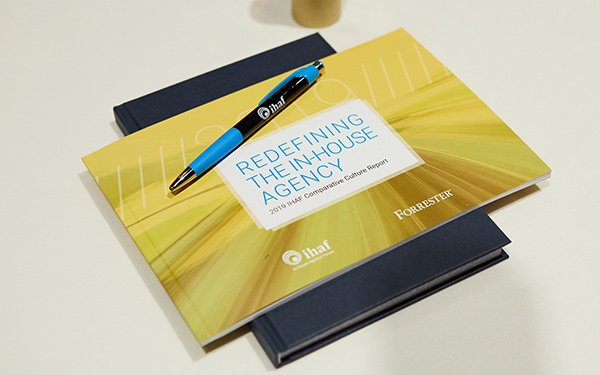 In-house agencies are suffering from an identity crisis, stymied by operating practices and decision-making hierarchies that limit their ability to contribute more fully.

A study by the In-House Agency Forum (IHAF), a professional association for internal agencies, and Forrester Research reports IHAs are undergoing growing pains, both literally and figuratively. Within the past two years, 65% of IHAs have undergone some sort of reorganization. And, while 78% report having a “clear mission, purpose and/or objective” within their respective companies, 42% of corporate marketers are unaware of what their in-house agency’s mission, purpose and/or objective is.

Financial support for the in-house model is one major issue, per the report.  Brands want to control their creative output, yet don’t realize the full costs involved in doing so.

More than half of IHA (52%) respondents say they aren’t adequately funded, with 82% having to augment their existing talent pool with external resources to address capacity constraints (not having enough people to handle the volume of work) and capability limitations (specialty skills and/or expertise not available within the current workforce).

Three in four IHAs (79%) say specialty talent and capabilities need to advance internally over the next two years, with video, digital, social media and analytics skills topping the list of what's needed.

More than half (51%) of those leading today’s IHAs arrived at their current positions via traditional external agencies. However, they may lack leadership skills,  with 31% of corporate marketers saying IHA leadership is “highly” effective and 53% believing it is just “somewhat” effective. These professionals oversee an ever-increasing lineup of new faces. Six in 10 (59%) say the size of their in-house teams has increased in the past two years, while only 23% say it has stayed the same.

Corporate marketers play a big role in steering creative. Nearly nine in 10 (87%) indicate they have “significant to moderate” influence over the work produced internally.

The report asserts that in order for corporations to reap the full benefits of their in-house agencies, these teams need to step out of the shadows of their external counterparts and be able to operate with increased autonomy and trust.

IHAF’s findings indicate that 72% of corporations have an in-house agency, up 12.5% from its 2018 study. Nearly 370 companies participated in IHAF’s latest report.