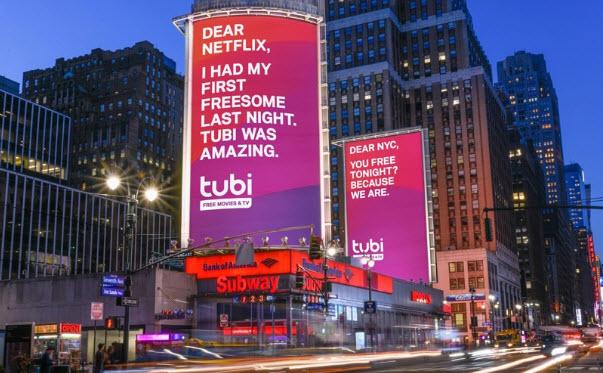 Tubi, which positions itself as a free alternative to Netflix, said it had 20 million MAUs and total view time of 94 million hours as of last May.

Tubi did not break out its latest user numbers by major markets, or offer engagement stats for the U.S. or most other markets. Nor did it provide an update on its advertising sales performance.

However, it said it saw “rapid growth internationally,” including combined total viewing time growth of 357% in Canada and Australia in 2019.

Tubi plans to launch in the U.K. and Mexico, among other regions, in 2020. It recently signed a deal with Mexico’s TV Azteca, which will provide ad sales support as well as its most popular series and other Spanish-language content.

Tubi also announced a global deal with TV manufacturer Hisense to include Tubi in its Vidaa platform.

In addition, Tubi says it will expand its global content library by increasing its content spending to “exceed nine figures.”

The company reports that it upped its full-time headcount by 78%, to 229, in 2019, and plans further employee growth in the U.S. and internationally.