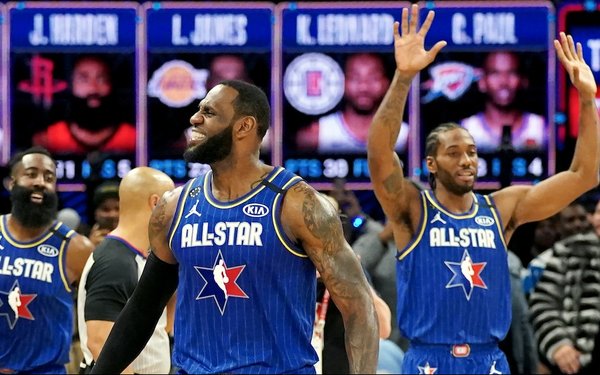 A new, compelling format for the NBA All-Star Game on Saturday night had positive results -- with an 8% gain in viewership to a Nielsen-measured 7.3 million viewers on TNT and TBS.

All this was good news for the league, which has seen double-digit percentage declines in viewership so far in regular-season NBA games on ESPN, ABC, TNT, and NBA TV.

In the fourth quarter, the teams played to a final target goal -- which was set at 24 more points than the leading team after the third quarter.

The number "24" was in honor of Kobe Bryant -- the famed Lakers star who died in a helicopter crash in late January.

The fourth quarter was an untimed period with no commercial interruptions. Team LeBron beat Team Giannis 157-155.