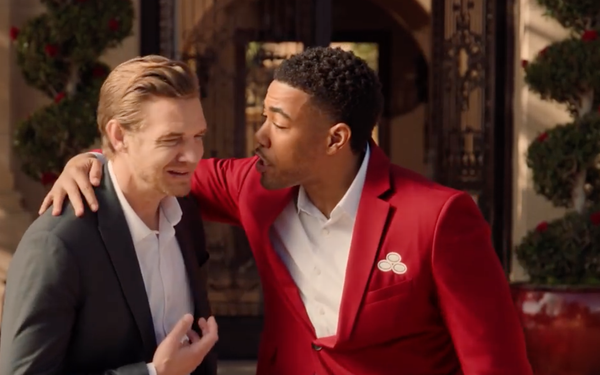 State Farm is launching creative that re-envisions how the brand will present itself going forward.

Extensive consumer research informed the campaign idea, modernizing the iconic brand attributes and assets in State Farm’s storytelling, according to the company. As a result, the campaign spotlights a new Jake from State Farm and continues the “Like a good neighbor, State Farm is there” slogan. The company is coming up on its 100-year anniversary.

State Farm introduced a new Jake in a Super Bowl pregame spot. Another spot, “Not the One,” broke Feb. 15 and is an example of how consumers will see Jake From State Farm in culturally relevant moments throughout the campaign, from The Marketing Arm.

“Jake from State Farm is a living, breathing embodiment of a good neighbor,” says Patty Morris, State Farm assistant vice president of marketing and brand. “He demonstrates the helpfulness, the friendliness, and the care every State Farm agent and employee aspires to provide with every interaction. At State Farm, there’s a little bit of Jake in all of us.”

The original Jake is actually an employee at State Farm, Morris says.

“He did great at delivering his famous line, ‘Uh…khakis.’ However, this expanded role is very demanding and is best filled by a professional actor,” Morris tells Marketing Daily. “After an open casting process, we landed on actor Kevin Mimms.”

The NBA will also continue to be used in creative. A new spot features NBA All-Star Chris Paul, Jake from State Farm -- and new to the State Farm roster,  actor Alfonso Ribeiro. Creative featuring Paul debuted during this past NBA All-Star Weekend.

The brand decided to add Alfonso Riberio, known for such TV shows as "The Fresh Prince of Bel-Air," to the mix since he has an “undeniable energy and distinct charisma, that has cemented him as an iconic and recognizable actor in pop culture,” Morris says. “State Farm knew his performance would fit seamlessly into the brand narrative and ‘The New Chris Paul’ character.”