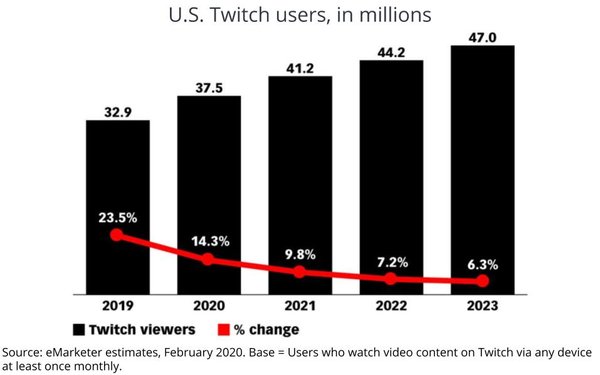 The report, the first from eMarketer to benchmark Twitch, projects Twitch's user base will grow nearly 10% to 41.2 million users in 2021 from 37.5 million at the start of this year.

While that's still a fraction -- 15.5% -- of the total U.S. digital viewers universe, Twitch dominates the market of video covering online gaming, which itself has emerged into a major spectator "sport."

“Twitch is by far the largest platform for streaming video game content, well ahead of YouTube, Mixer and Facebook Gaming,” eMarketer Forecasting Analyst Peter Vahle states, noting: “As the pioneer in this space, Twitch has built a loyal and engaged audience by allowing viewers to directly interact with their favorite streamers.”

In a related insight, Ipsos released findings of its 2019 Kids & Family study, which shows kids and teen usage of all forms of social media trending downward with the exception of two platforms: TikTok and Twitch.

The study, which is conducted in the Fall of each year, found both those platforms now are used by 11% and 10% of kids and teens, respectively. 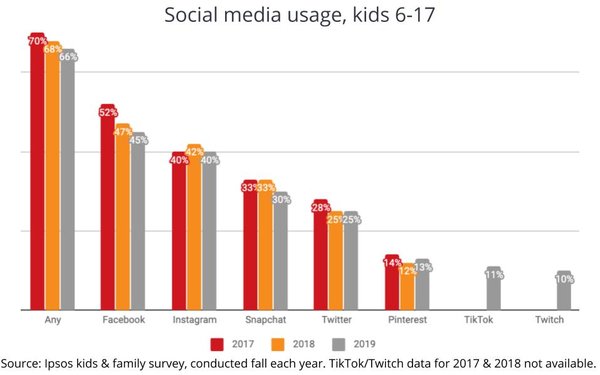