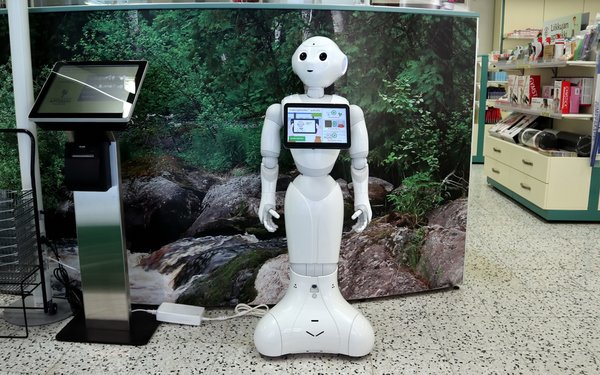 Retailers are becoming comfortable with the idea of using robots to engage with their customers.

However, this trend varies by the size of the business, according to a new study.

A majority (58%) of smaller retailers, those with revenue of $500 million or less, would want robots to engage with their customers.

The study comprised a survey of 66 qualified retailers, more than half with revenue of $1 billion or more, conducted by Retail Systems Research (RSR).

The top opportunities expected from robots in retail are spotting holes in inventory in stores more frequently (47%), replacing humans with robots in the warehouse for picking and packing (44%), and offloading some tasks from humans so they can focus more on customers (35%).

Retailers also are interested in using robotics for customer service.

Interestingly, there seems to be a preference to use robotics that are not seen, such as online and in the call center.

As might be expected, there are some obstacles in the way.

More than half (53%) of retailers say their existing infrastructure isn’t capable of supporting sophisticated technologies, 50% say the capital expenditure for robots is beyond what is available, and 44% say senior management has other priorities.