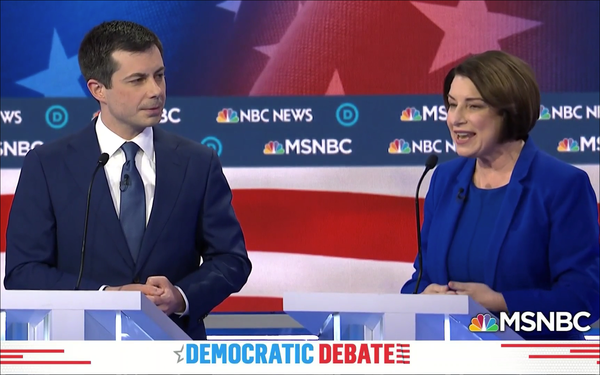 For the Las Vegas debate, coming before the Nevada primary vote, 12 million viewers tuned in to the event on the NBC Television Network, with 7.6 million on MSNBC -- the third-largest audience ever for a single telecast on the cable network.

Analysts says the debate was boosted by the first-time appearance of candidate Michael Bloomberg, who has received major attention coming from his massive political TV advertising campaign, estimated to have spent in excess of $450 million.

The debate airing outperformed the previous Democratic Presidential debate of June 27, 2019, which had 18.1 million viewers, in the second day of the two-day event on NBC, MSNBC and Telemundo.

The Las Vegas debate had more than twice the viewership of two previous Democratic Presidential debates -- ABC on February 7th, with 7.9 million viewers and CNN in October 2019, with 8.6 million viewers.