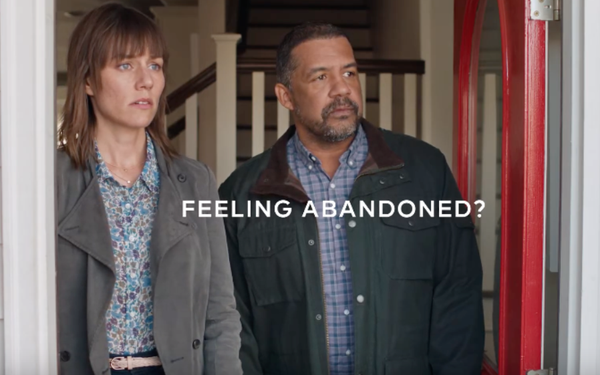 Century 21 is preparing a campaign with the theme of abandonment, which showcases a challenge home buyers and sellers experience while working with some real estate agents.

Almost a quarter (23%) of people the brand surveyed who used a real estate agent said that their agent had not reached out to make contact with them following the closing, leaving them feeling a bit abandoned after being handed the keys to their new home.

“Balloon” shows how an agent ghosting clients after their offer has been accepted is the equivalent of a hot air balloon pilot jumping out and leaving the passengers to fend for themselves.

“Cave” is the same premise, except this time the hapless couple has been abandoned by their guide during a hike through a dark cave. “Boat” shows the couple being abandoned by a boat captain.

“The ‘Abandonment’ campaign captures what it feels like when clients settle for anyone less than a Century 21 agent,” Cara Whitley, CMO, Century 21 Real Estate LLC, says in a release. “Our company is committed to shifting the real estate mindset from one of transactions to extraordinary experiences. With the right relentless expert by their side, every step of the way, what can often feel like a massive undertaking instead becomes something to be celebrated.”