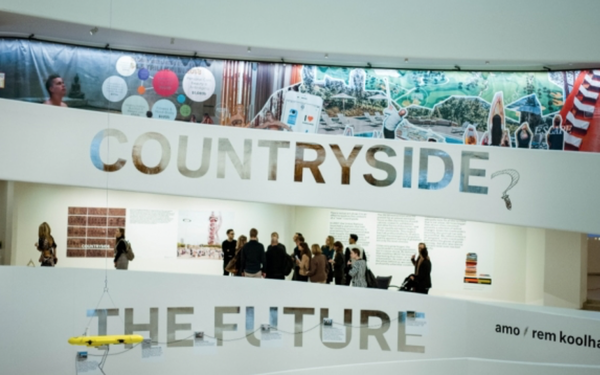 Volkswagen is taking the unusual approach of teaming up with an architect and design firm on a project that reveals the radical changes being made to the world’s countryside.

Volkswagen experts have enlisted architect Rem Koolhaas, and AMO, a research and design studio for the Office for Metropolitan Architecture, for the exhibition, “Countryside, The Future.” It opens this month at the Guggenheim Museum in New York and runs through the summer.

The exhibit will highlight various academic and industry members revolutionizing the concept of “the countryside, ” with case studies that include artificial intelligence, automation, digitalization and large-scale territorial management.

For example, Volkswagen’s initiative for potential electrical tractor-sharing in Africa was designed to help facilitate small-scale agriculture and increase the productivity of subsistence farmers while also improving power-supply and mobility in sub-Saharan Africa.

This exhibition is the first step of an advanced e-mobility project developed by Volkswagen experts with Koolhaas.

“This project was about creating a meaningful and holistic system, which if done right, has the potential to bring people together and support a community," said Peter Wouda, director of the Volkswagen Group innovation center Europe, in a release.

This isn't the first New York museum where the automaker has a presence. Volkswagen is supporting new arts education opportunities at the newly reopened Museum of Modern Art in New York (MOMA).  The automaker has been a partner since 2011 and the lead sponsor of MoMA education since 2015.

Volkswagen’s support fits into its “Drive Bigger” campaign, which launched in June. The effort “isn’t just a slogan -- it’s the definition of Volkswagen’s calling to work towards a larger purpose,” according to the automaker.